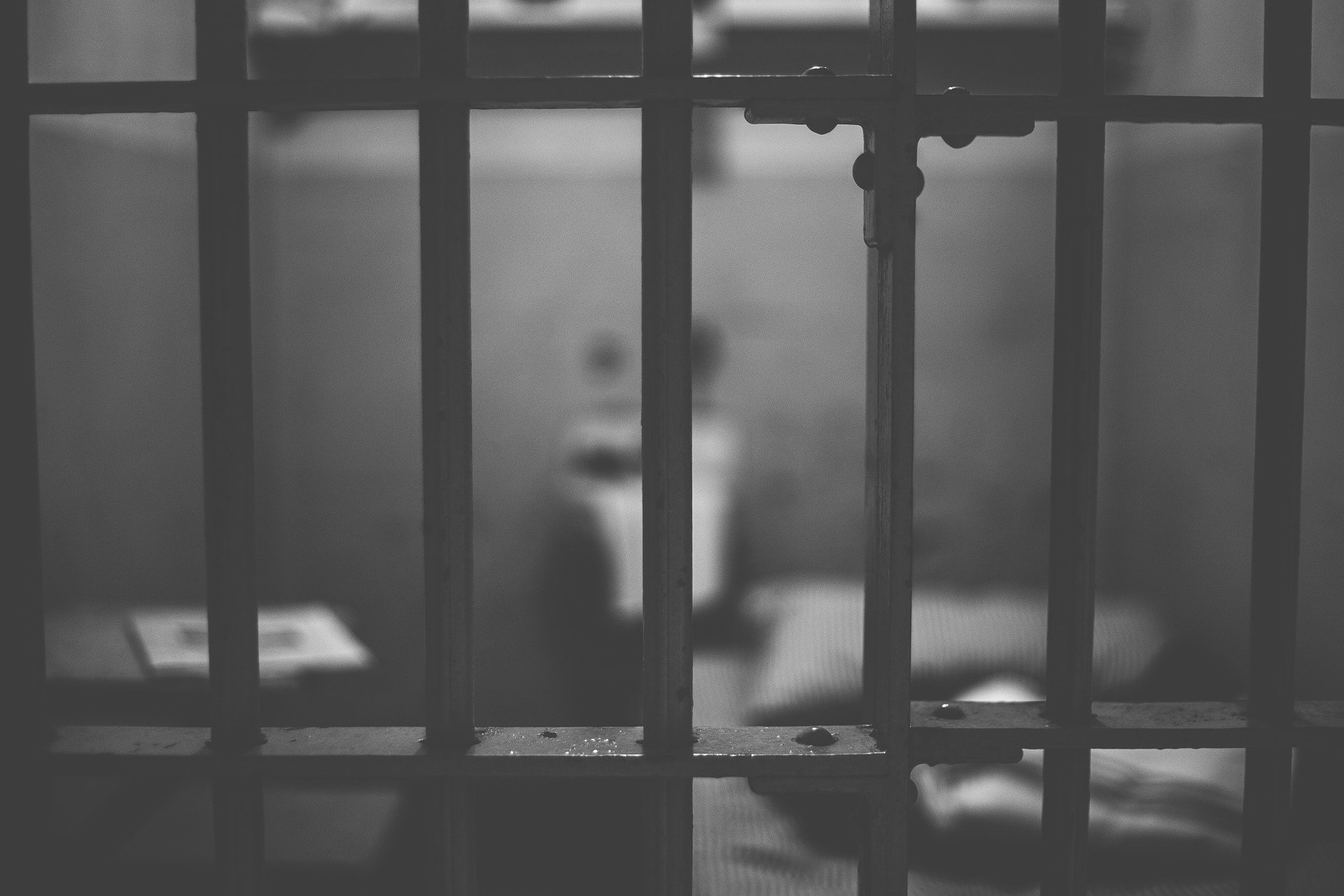 Letter to Senator on C-4

History of Liberal Campaign to Ban Conversion Therapy in Canada

The new Bill C-4 was the replacement of the “old” C-6 which was on its way to becoming law, only to die before the Senate at Justin Trudeau’s calling of the election in August, 2021.

In 2020, it went by the name C-8, but expired when Justin Trudeau chose to prorogue Parliament.

Like C-6, C-4 defines “Conversion Therapy” as counselling that seeks to change a person's sexual orientation to heterosexual or gender identity to one that conforms to the “sex assigned at birth”.

Whereas its predecessor made it a criminal offence to force an adult to undergo therapy that does not affirm gender transition or homosexual orientation, Bill C-4 bans it for everyone.

It promotes gender transitioning for minors by preventing any therapy that doesn’t gladly affirm a lifetime of medical interventions that many transitioners come to regret!

On November 29 it was introduced as Bill C-4, and two days later the Conservatives brought forth a surprise motion to unanimously pass it directly to the Senate, bypassing any debate or committee review in Commons.

On December 8, Bill C-4, the so-called “conversion therapy ban” bill, received Royal Assent in a matter of days, without debate, question, or a single objection from any Conservative MP or Senator.

It was a stunning and unprecedented event in Canadian politics. It was discouragingly passed by unanimous consent with the enthusiastic participation of Erin O'Toole's Conservatives in the House of Commons and the Senate.

Not a single Conservative had the courage to rise, say, “Nay!” and subject the grotesque medical malpractice and draconian government overreach inherent in Bill C-4 to the scrutiny it deserves.

How and why this happened is examined in this episode of ‘Counterpoint’, hosted by Tanya Granic Allen, in which PAFE president Teresa Pierre joins guests Mike Donison and Dr. Anne Gillies.

Donison, retired lawyer and former advisor to Prime Minister Stephen Harper, gives the legal and political perspective on the rapid passage of Bill C-4, calling it the result of a combination of political calculus and political cowardice.

Conservatives feared the negative press they would receive for standing up for parental and professional rights, so they expedited its passage through both Parliament and the Senate.

So much for the Official Opposition providing any actual opposition.

Dr. Anne Gillies, therapist, author, and founder of ‘Restoring the Mosaic’, observes that Canadians, including the Conservative MPs and Senators who allowed C-4 to pass undebated and unexamined, didn’t understand the legislation, or the issues that surround it.

They don’t fathom the fact that C-4’s invocation of “conversion therapy” is misplaced, referring to practices, like shock therapy, that have been illegal in Canada and have been against Canadian professional standards for decades.

Radical activists who influenced the writing of Bill C-4 deliberately misnamed the bill “conversion therapy”, a term that ought not sweep up gender transition therapy as as well.  As the bill was written it will capture very different types of therapeutic practices to help those dealing with gender confusion, sexual addiction, and unwanted same-sex attraction and prevent them from getting counselling that they desire.

Bill C-4 bans all therapy that isn’t “affirmation only”, even for adults, which is one way in which it is even more draconian than its predecessors, which only banned non-affirmation therapy for children.

Dr. Gillies warns that at a time when children are being heavily influenced socially and educationally to embrace things like transgenderism and same-sex attraction, C-4 will discourage therapists and counsellors, under threat of imprisonment, from helping the child to understand where these thoughts or confusions may be coming from.

She also points out that as other countries and jurisdictions, such as Sweden, the UK, and Finland, back away from “affirmation only” therapy, Canada has now made it the ONLY form of therapy that is legal, thanks to C-4.

As Dr. Gillies argues, pastors and religious leaders will now face legal repercussions for asserting creed-based beliefs about sexual morality and sexual orientation, and for offering counsel that acknowledges basic biological truths about men and women.

PAFE President Teresa Pierre shows how parents will be restrained by C-4 from seeking treatment for or even discussing gender transition with their gender dysphoric children.

“Affirmation only” will now be the sole therapy legally available in Canada for gender confusion and sexual orientation concerns, despite the fact that, in European jurisdictions, other types of therapy have proven themselves to be the gold standard, and health advocates there now stridently warn AGAINST sending children afflicted with gender dysphoria down the path of affirmation therapy.

The passage of C-4 makes it possible for children to be encouraged at school to pursue avenues of transgender or same-sex attraction exploration, and for the school to connect those children with affirmation counsellors, without their parents ever being informed.

Parents will be shut out of the equation, and any effort to encourage different counselling could result in a prison term of up to five years for the parents!

Since C-4 never explicitly defines what “conversion therapy” is, even a private conversation could be defined as a violation of the legislation, and subject to criminal prosecution.

Who Should Be Concerned About Bill C-4?

Simply, we should ALL be extremely concerned about this bill.

It is a threat to medical professionals, religious leaders, parents, children, LGBTQ individuals and organizations that assist people with living with gender dysphoria and unwanted same-sex attraction.

A parent who arranged for counselling for their child, as well as the doctors and counsellors who offered it, could be punished with a FIVE-YEAR prison term.

This means that parents have no other choice than to start their gender dysphoric children down a path toward puberty-blockers, cross-sex hormones, and gender-transition surgery.

Religious leaders or counsellors that affirm traditional views of sexuality and gender may be sanctioned with a two-year prison term for “promoting or advertising” conversion therapy.

Advocates for Bill C-4 say it is necessary to prevent violence against LGBTQ individuals, but the Criminal Code already outlaws harassment, abuse, and assault.

In fact this bill would take away an LGBTQ individual’s right to choose appropriate health care and counselling for themselves.  Anyone who wanted to “desist” from a prior gender transition – and there are many – would be prevented from doing so.  The bill would mandate one type of “conversion” but not the reverse – it is truly a one-way street!

All this when up to 80% of children resolve feelings of gender dysphoria, according to the American Psychiatric Association. Detrans Canada told the House of Commons in their brief on C-6 that de-transitioners commonly reject their new gender identity when they find that their original mental health issues are not solved by transitioning.

The bill restricts any counselling for gender dysphoric individuals except that which affirms a person in their chosen gender. Any counsellor who proposes to explore underlying mental-health issues instead – known as watchful waiting – risks being accused of conversion therapy. According to the brief submitted to the House of Commons on Bill C-6 by Detrans Canada, the majority of people seeking to transition experience mental-health co-morbidities such as internalized homophobia, bullying, sexual violence, body dysmorphia, PTSD, OCD, eating disorders, depression, autism, anxiety, and more.

Many will regret the loss of their fertility due to surgery or the puberty blockers and cross-sex hormones. The latter have terrible side-effects including reduced bone density, and the reduction or elimination of sexual function. Transgender Trend recently posted a video showing the injurious effects of puberty blockers on Swedish children. One of the interviewees, Leo, complained that he hasn’t grown, has osteopenia and spinal fractures and is in constant pain.

Swedish child and adolescent psychiatrist Dr. Christopher Gillberg said in 2019 he thinks that offering unproven gender affirmation therapies may be "possibly one of the greatest scandals in medical history” (Doctors back inquiry on kids' trans care, The Australian, Sep 25, 2019).

High profile cases throughout the world are already demonstrating the tragic outcomes this will cause.

The National Post recently quoted a mother of a young Ontario woman who has lived through the horror of seeing her daughter transition with the aid of drugs and surgery, only later to change her mind and “de-transition”, on the dangers of over-correcting for perceived past injustices:

The model of treatment for young people experiencing gender dysphoria promoted by legislation like Bill C-4 and Ontario’s Bill 17, has already resulted in tragic missteps.

The Justin Trudeau Liberals, and now the Erin O’Toole Conservatives who just joined them in ditching democratic tradition to expedite C-4 through Parliament, pride themselves on being “progressive” and ahead of the curve on social issues, especially the issue of transgenderism.

“Alarms are being sounded all over the world. And Canada seems completely deaf to it.”

Sweden has ended the prescription of hormones and puberty blockers for minors. Finland is encouraging that the front-line treatment for gender dysphoria should be psychotherapy, and Australia-New Zealand has said it is essential.

You can read Bill C-4 by clicking here.