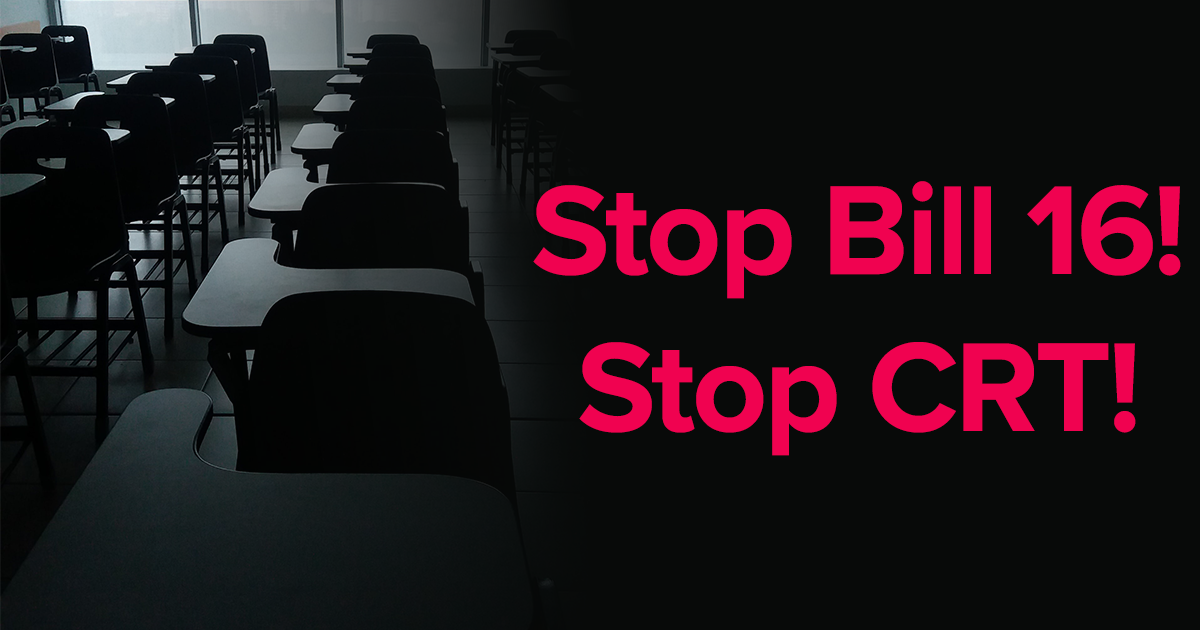 Bill 16, the Racial Equity in the Education System Act, has recently been introduced in the Ontario Legislature. This Bill (formerly Bill 67) is known as the "Critical Race Theory bill". If it becomes law, it would embed “anti-racism” and “race equality” teachings into all aspects of the Ontario school curriculum. A “Racial equity plan” would be required of schools, and teachers’ job performances would be assessed based on their anti-racism awareness and efforts to promote racial equality.

And Bill 16 won't only affect schools, it will also push CRT onto universities, colleges, and several other Ontario institutions.

We hear terms like “anti-racist” and “equity”, used heavily in CRT literature, and assume that these are worthy goals, not realizing that in practice, “anti-racism” is profoundly racist, and “equity” has nothing to do with racial equality.

CRT deliberately negates the integrity of the individual and eschews the virtues of talent, work ethic and personal excellence, reducing everyone to being a member of one race or another, and judged only by that criterion.

If passed, no staff or student in any educational institution can be seen as anything but a member of a particular race, sex, or gender, or sexual orientation.

This bill goes so far as to assign penalties to individuals whose words or actions are believed to be misaligned with the government’s idea of “anti-racism”.

The explicitly racist ideology inherent in Bill 16 will punish and divide all students while fomenting hate and resentment among them.

It is a sign of a cultural sickness and decay, embraced by power-seekers who wish to undermine parental authority, indoctrinate children, while endlessly dividing communities against one another.

In a must-see video Professor Jordan Peterson calls Bill 16’s predecessor, Bill 67, the most pernicious and dangerous piece of legislation that any Canadian government has ever put forward, because it will subvert the entire Ontario education system to radical leftist doctrines, and because it is based on the idea that all our institutions are racist, sexist, and discriminatory by nature.

In the words of Jordan Peterson...
“Wake up, Canadians, before you do yourself and your children irreparable harm!”

TO: THE LEGISLATIVE ASSEMBLY OF ONTARIO

Bill 16 pushes Critical Race Theory (CRT) into the classrooms and institutions of Ontario.

CRT is an inherently racist theory which causes division and bigotry in society.

There are already examples of CRT being taught to children in Ontario classrooms, and radical, woke activists indoctrinating teachers on their professional development days.

Children are already suffering under your radical sex-ed curriculum. The last thing they need is indoctrination by government-mandated CRT.

The government should work to protect children, not indoctrinate them.

WE, the undersigned, call on Premier Doug Ford and all Ontario MPPs to STOP BILL 16!

*By signing this petition, I consent to receive occasional emails from PAFE.