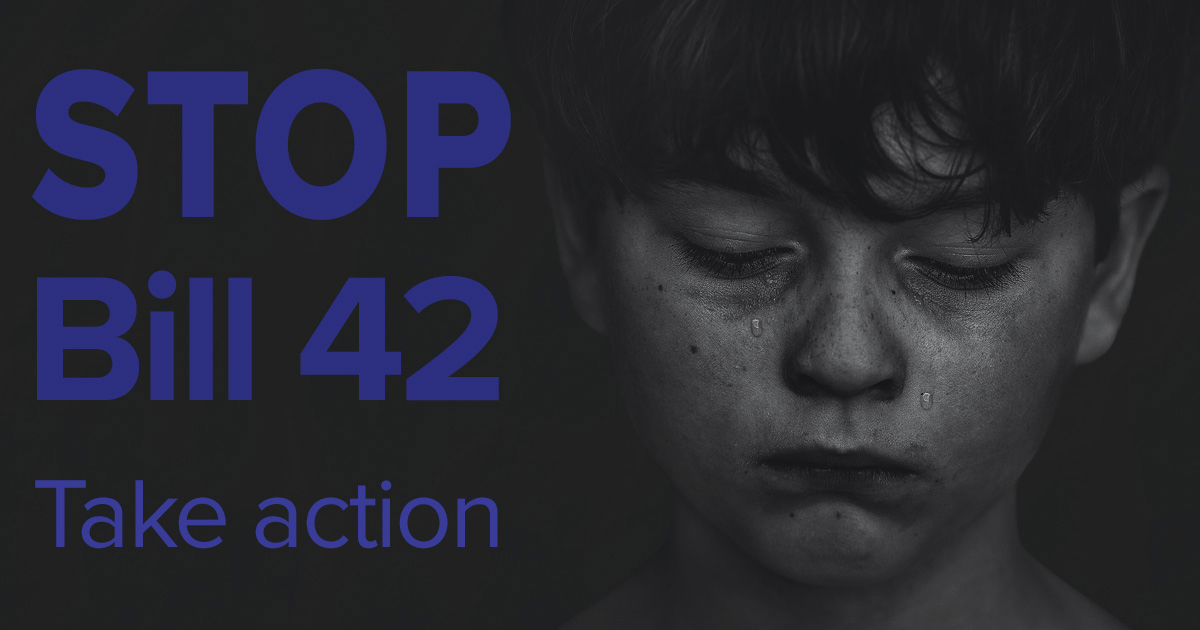 The NDP is back at it again, trying to force woke gender ideology down the throats of Ontarians.

You may recall that last year an NDP MPP introduced Bill 17, the Gender Affirming Health Care Advisory Committee Act, which passed first and second reading within 24 hours and was then referred to the Standing Committee on Social Policy. It died before making it to third reading when Parliament was dissolved for the June election. On November 16, 2022, four other NDP MPPs introduced a new version of Bill 17--Bill 42—with the same name as before, which passed on first reading.

These bills set out to make "gender affirming health care"—"care" that supports gender transition, including through hormone blockers and surgeries,--more easily accessible to ALL Canadians, including minors.

Parents should be very alarmed because if this Bill passes, it will make it all that much easier for children to start the process to change their genders. This Bill could also make it easier for experts to refer children for treatments—with or without parental consent! Some parents are already being kept in the dark by school authorities, when their children have begun to socially transition at school.

The Bill provides a list of who should be consulted for advice, and guess what? Parents are not even listed. In fact, the word “parent” isn’t mentioned even once in the Bill.

Bill 42 proposes that the committee take its guidance from the World Professional Association for Transgender Health (WPATH) instead. This organization is staffed by physicians and activists with a pronounced bias toward the gender affirming model of "care," which will compromise their ability to issue neutral, objective guidelines on the treatment of gender dysphoric individuals.

There are numerous groups of people whose experiences SHOULD be considered when such guidelines are drawn up, including the numerous Canadian “detransitioners” who choose to reverse their transitions, as well as young people with co-occurring conditions such as autism, ADHD, anxiety and trauma.  These latter individuals’ co-occurring conditions tend not to be taken into account under the gender affirmative model of "care." As with parents, the bill makes no reference to recruiting people from these communities.

This despite the harmful medical consequences of gender transition. As Canadian pediatrician, Dr. Edward Les has stated, the massive doses of cross-gender hormones ingested by transitioned individuals are "grist for the malignancy mill," significantly boosting the risk of breast, prostate, and other cancers. Read further on this elsewhere on our website, under our ISSUES tab, by CLICKING HERE.

Proponents of the bill contend that it will help to deter suicide. This is by no means an established medical fact. As PAFE told the Epoch Times, "the idea that these treatments prevent suicide is unproven. A study that suggested so was later found to be flawed and its authors issued a correction.

PAFE President, Teresa Pierre, concluded that, “The best way to deter suicide is to provide psychological counselling.” Psychologist Ann Gillies has written about this in a letter addressed to Premier Ford which expresses her opposition to Bill 42 due to the emerging international consensus that "watchful waiting" is preferable to gender transitioning as a treatment for gender dysphoria in young people. We urge you to read it by CLICKING HERE. Additional arguments against Bill 42 have been offered by Pam Buffone at her website, gerderreport.ca.

Please SIGN OUR PETITION below to express your disgust with Bill 42 to the Members of the Ontario legislature and Premier Doug Ford.

WHEREAS research shows gender affirmative treatments and surgeries to be extremely damaging;

AND WHEREAS the World Professional Association for Transgender Health (WPATH) is not an unbiased source of medical advice;

AND WHEREAS many gender-dysphoric issues resolve once a child matures physically and mentally;

WE, the undersigned, petition the Ontario Legislature and Premier Ford not to establish a committee for gender affirmative healthcare taking guidance from WPATH. We demand that Bill 42 be rejected to protect children from harmful medical procedures.