Off the Rails in BC 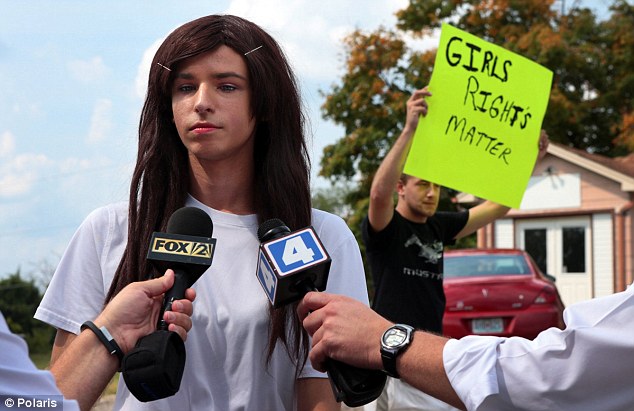 They are not letting up on Barry Neufeld.

Mr. Neufeld, in case you missed the stories last fall, is the B.C. school trustee who made headlines when he linked B.C.’s Sexual Orientation and Gender Identity (SOGI) program with child abuse. B.C.'s SOGI program is similar to Kathleen Wynne's sex-ed curriculum which has been forced upon classrooms in Ontario.

After the initial outcry, Mr. Neufeld issued an apology, but he also restated his concerns about SOGI. This did not placate the “lynch mob.” Teachers’ unions are agitating for his resignation and a union representing school board staff has launched a human rights complaint.

This is the crux of his comments posted to his Facebook page last October:

The Sexual Orientation and Gender Identity program instructs children that gender is not biologically determined, but is a social construct. At the risk of being labelled a bigoted homophobe, I have to say that I support traditional family values and I agree with the College of Pediatricians that allowing little children (to) choose to change gender is nothing short of child abuse.

Now, take a look at his apology which is as reasonable and respectful as it gets:

My post on Facebook has created a lot of controversy and first of all, I want to apologize to those who felt hurt by my opinion, including members of the Chilliwack Board of Education. I am critical of an educational resource, not individuals. Those who have worked with me for over 24 years know that I DO believe in inclusion and a safe learning environment for all of our students: that they should be protected from all forms of bullying and intimidation.

I believe that in a free and democratic society, there should be room for respectful discussion and dissent. I firmly believe that implementation of the SOGI 123 resources needs to be reviewed by engaging parents and teachers in conversation on this topic before full implementation.

Does this sound like someone who is against “human rights”?

The media are painting Mr. Neufeld as a bigot and an extremist, but, take note, there is a petition which has garnered almost 4,000 signatures IN SUPPORT OF Mr. Neufeld. He is hardly alone in his views.

Many parents are speaking out in B.C. Kari Simpson, head of an organization called Culture Guard, has been organizing rallies, and continues to meet with parents, religious leaders, and trustees all over BC.

The issues of freedom of speech and radical sex-ed programs intersect in Mr. Neufeld’s case—two issues that are important to PAFE and our supporters. Mr. Neufeld is to be commended for taking the public position that he has, and NOT BACKING DOWN!

It is likely that the “lynch mob” made up of the mainstream media, teachers’ unions, and “trans-rights” activists will not back down until Mr. Neufeld, in addition to already being vilified in the public square, loses his position as school trustee.