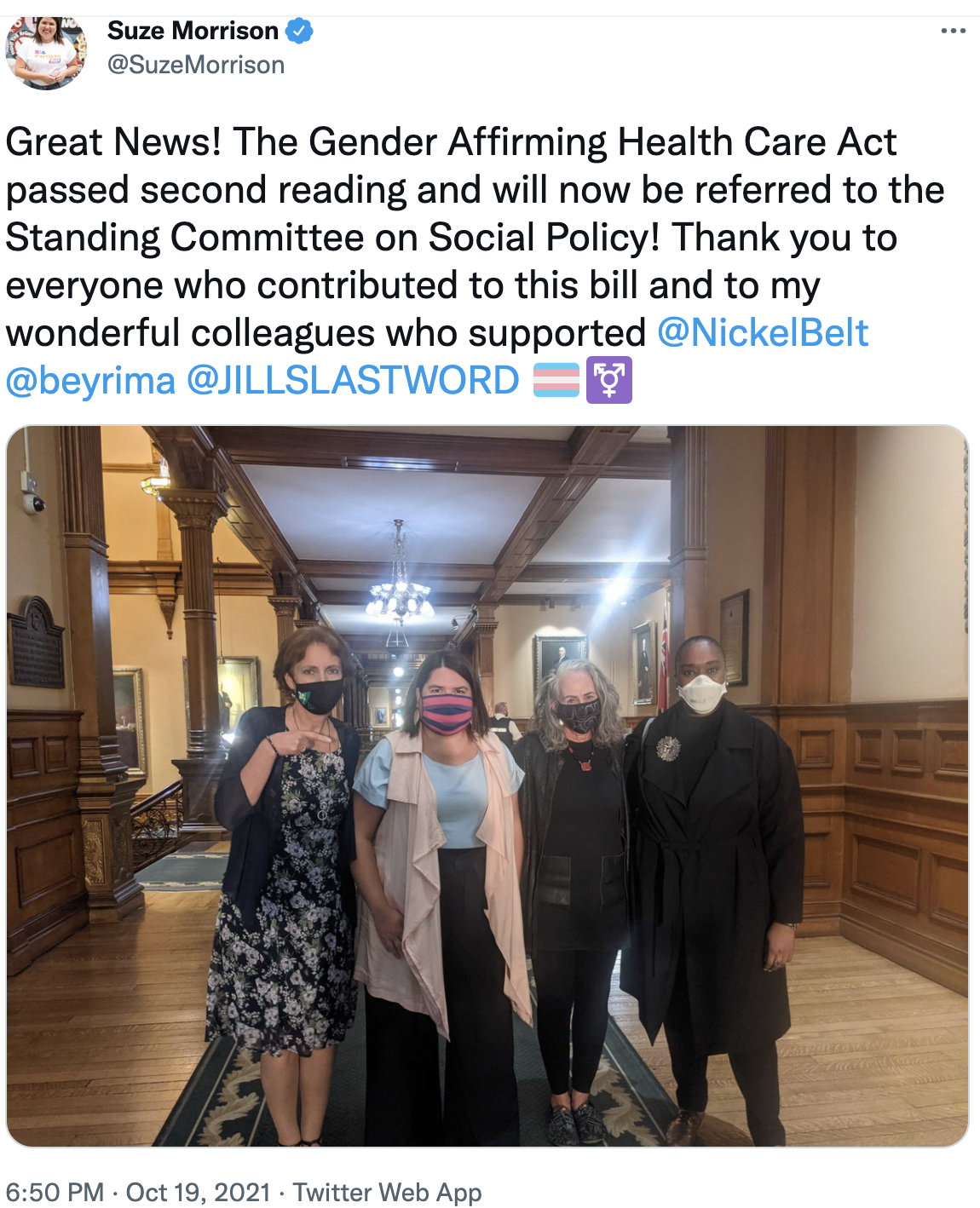 A “Gender Affirming Health Care Advisory Committee Act” – Bill 17 – was introduced in Ontario last week by NDP MPP Suze Morrison. It passed first and second readings within 24 hours, and was referred to the Social Policy Committee of the Ontario Legislature. If only the government could work this quickly on all matters!

But Bill 17 should really concern you.

MPP Morrison announced the bill on her Twitter feed this week.

But can MPP Morrison truthfully say that science supports the gender affirmative approach?

If passed, Ontario would be bucking the trend in other jurisdictions such as Sweden, which in recent years has INCREASED its restrictions on minors transitioning by preventing access to surgery for minors and most recently banning puberty blockers for minors not enrolled in clinical studies. This was prompted by a sharp drop-off in doctor referrals to Swedish gender clinics due to doubts that fast-tracking children to puberty blockers and cross-sex hormones were the best way to treat gender dysphoria. A preliminary report commissioned by the Swedish National Board of Health and Welfare has concluded that since a high percentage of dysphoric children suffer from co-morbidities such as depression, anxiety and self-harm behaviours that may require lifelong treatment, proper treatment for dysphoric children needs to allow comprehensive counselling for these conditions.

In a recent Nanos poll on Canadian attitudes toward gender-affirmative healthcare, a majority of Canadians- 72% - said they thought healthcare providers should provide information on a range of counselling options to minors, including the “watchful waiting” option, and not solely the gender-affirmative approach.

Let’s contact Ontario legislators as soon as possible and tell them that this bill stands to seriously jeopardize the health of children!