They Called the Police on Us! 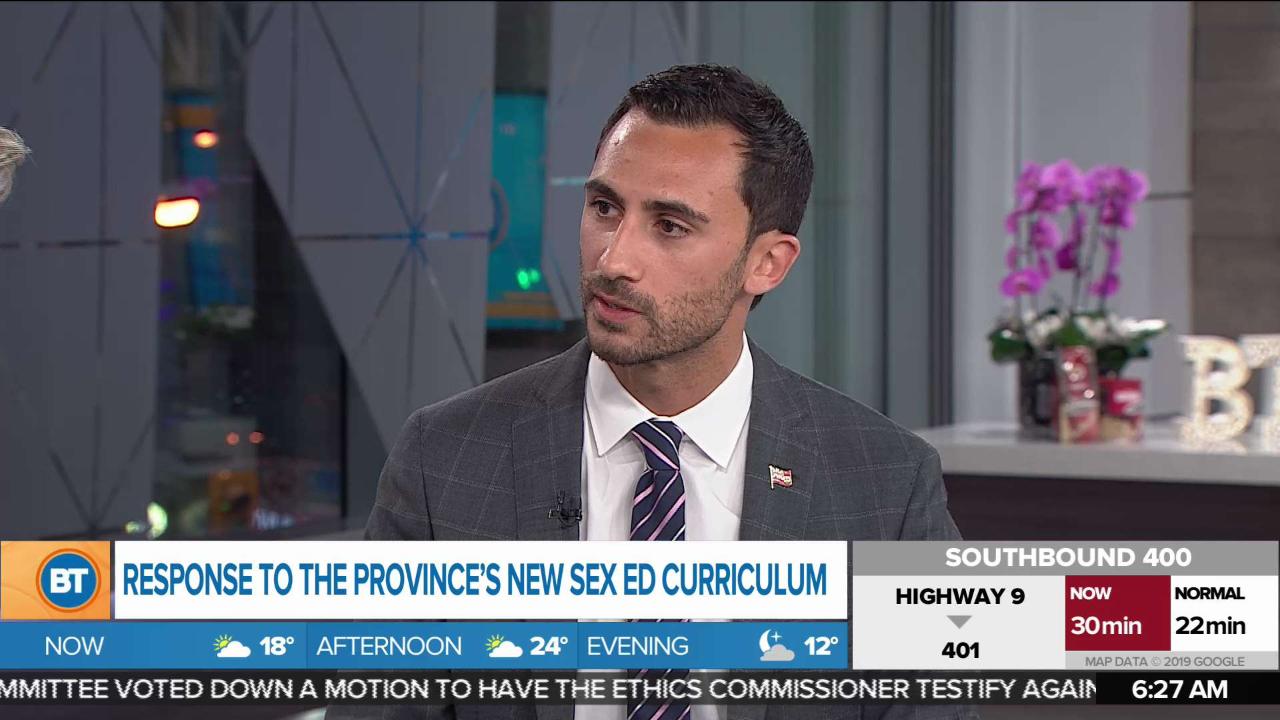 Remember when I said that we were going to protest Ford’s Minister of Education Stephen Lecce? Well we did.

This happened the day after the new Ford/Wynne sex-ed was “announced”, when Lecce didn’t even announce the new sex-ed, and rather released it at 6am online.

Since the “new” sex-ed contains all of the Wynne sex-ed, and since the Ford government lied about repealing it, we thought it was important that Lecce heard directly from parents the very next day. And that he did.

I myself attended the protest along with about two dozen other supporters, which is pretty good for just a few hours notice on a weekday morning. 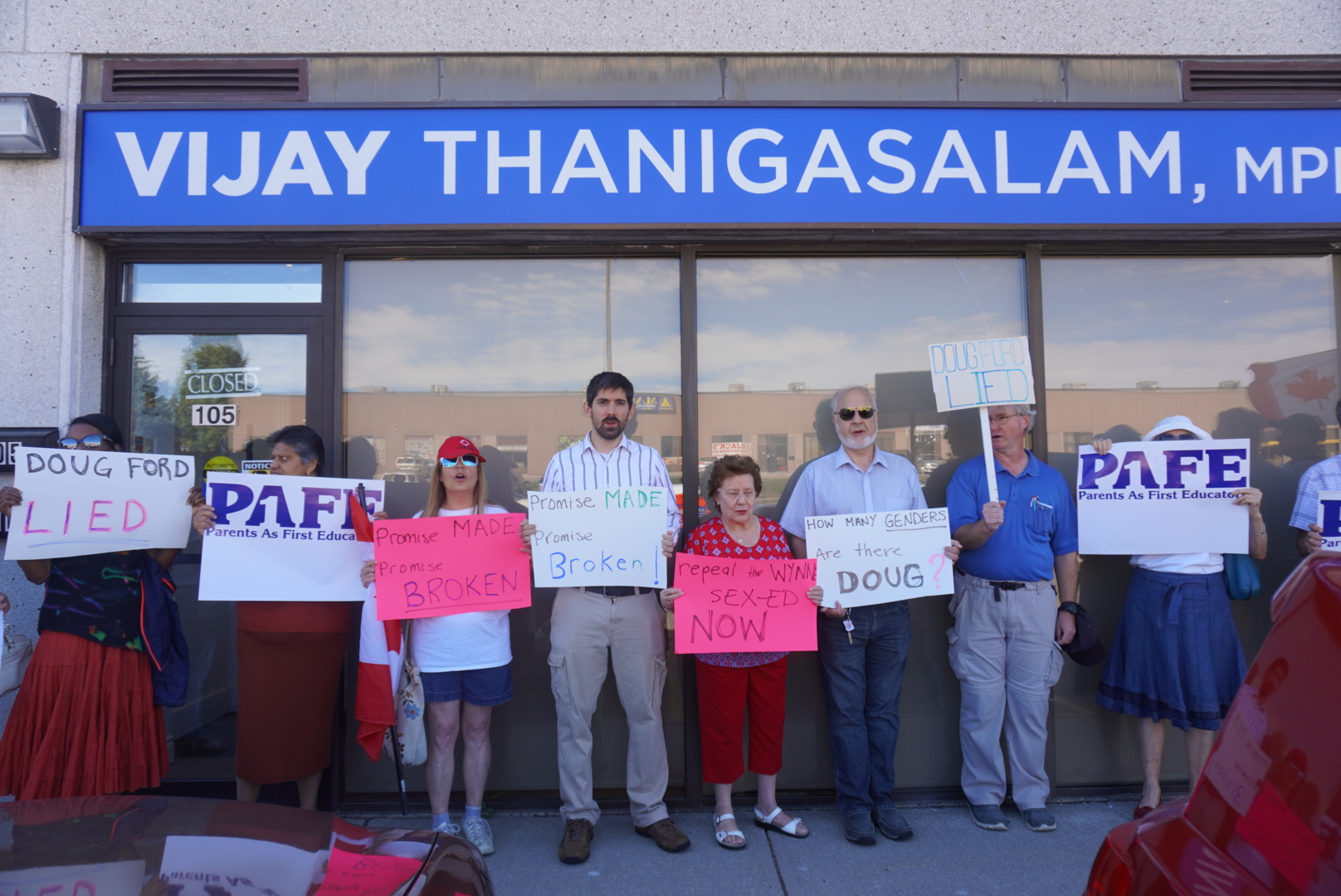 Lecce was holed up inside MPP Vijay Thanigasalam’s office in north Scarborough, along with his Education Parliamentary Assistant MPP Sam Oosterhoff and MPP Christina Mitas. A lot of media was present to hear what Lecce had to announce about class sizes.

We chanted slogans like “Doug Ford Lied” and “How many genders are there Doug?” and “Promise Made, Promise Broken”.

We made such an impact that the planned announcement had to be delayed. See the tweet one journalist posted. 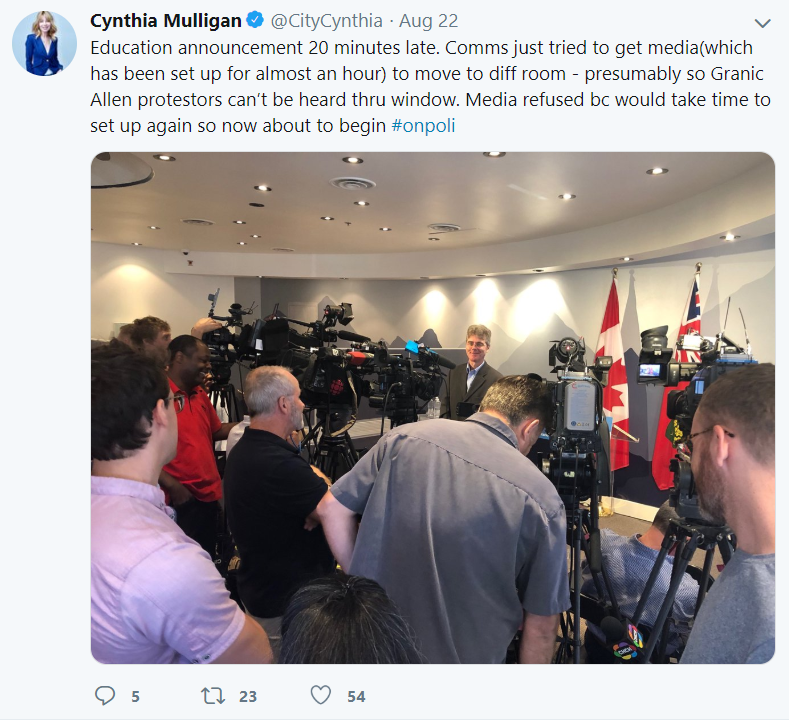 Apparently Minister Lecce wasn’t comfortable exiting the building with the protesters present, so he had the police called on us. 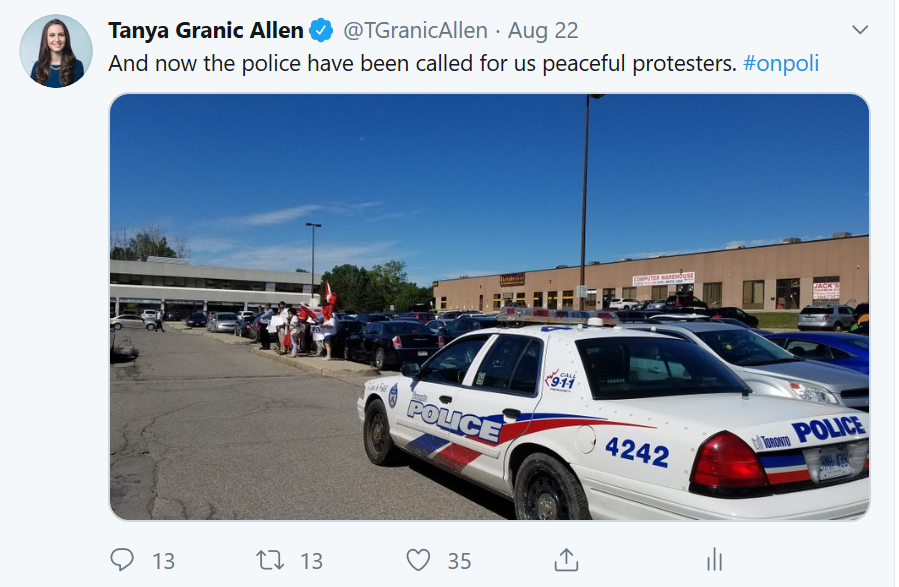 The police then escorted us off premise to the sidewalk by the busy road – far away from the office where Lecce and Oosterhoff were. We stayed for a bit more, but some of us had places to be, and I had media interviews back at Queen’s Park, so we eventually left. After we left, I’m sure Minister Lecce, knowing he wouldn’t have to face the parents on the sex-ed flip-flop, felt comfortable enough to leave.

This just goes to show you how even a dozen people can make a big difference.