Is ‘Cuties’ a sign that we’re sliding toward the normalization of pedophilia? 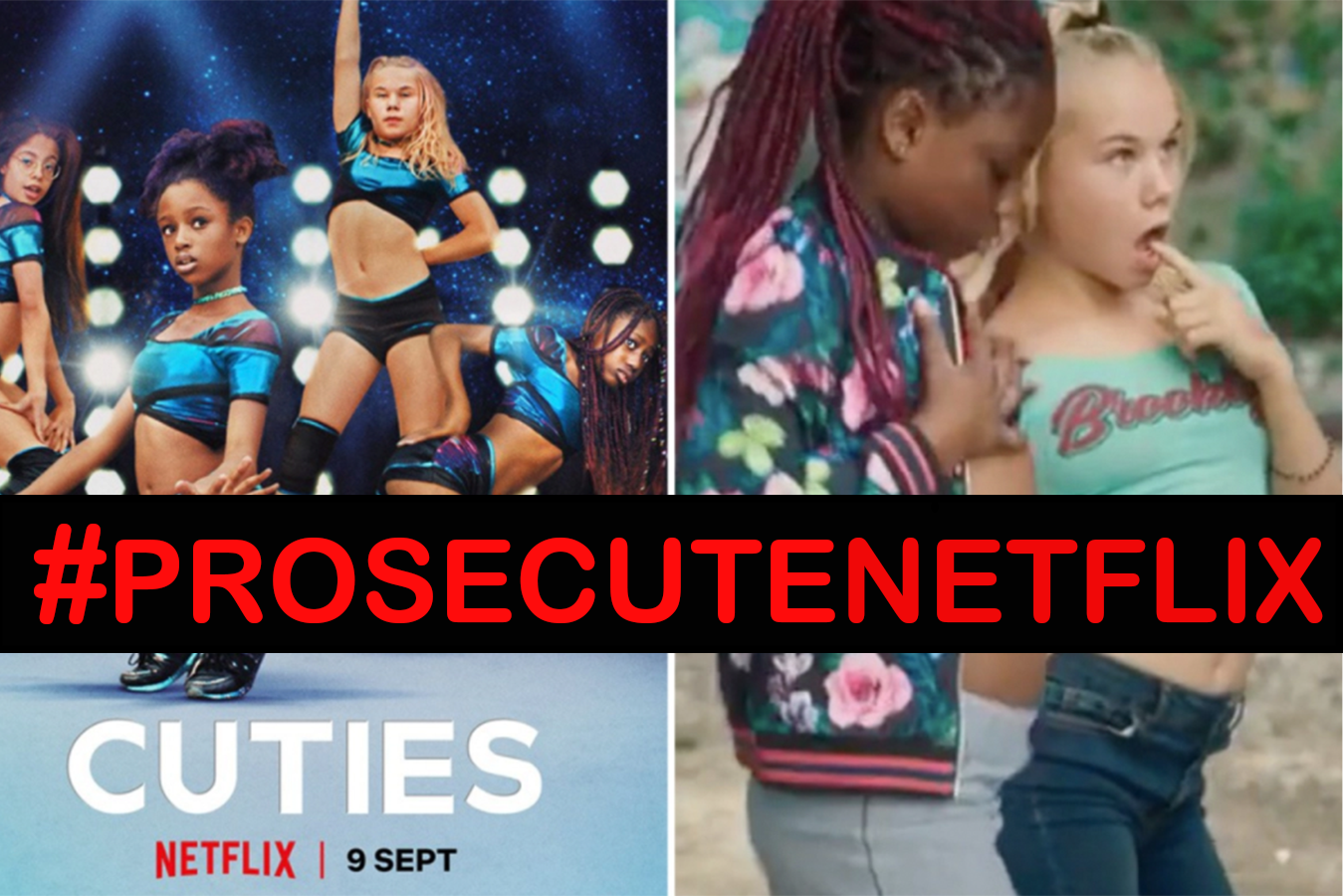 The term “slippery slope” is used by both sides in today’s culture wars.

We conservatives express fear that we have been progressing down a slope of dangerous moral decline that endangers all of us, especially our children.

“Progressives” often accuse us of being alarmists and prudes, and either deny that a moral decline is happening, or claim it as a kind of progress.

The current controversy surrounding the French movie ‘Mignonnes’, or ‘Cuties’ in English, proves that not only is the “slippery slope” real, but we may be tumbling right to the bottom of it.

The media giant Netflix has been streaming ‘Cuties’ since August.

Yes, ‘Cuties’ features actual eleven-year old actresses grinding, gyrating and “twerking” in choreographed routines, as the camera zooms in on their young bodies.

But that’s not all. The following situations are also depicted in the movie:

You don’t have to watch ‘Cuties’ to know that it is morally unacceptable. There are plenty of excerpts available to view online if you’d like to get an idea, and if you think your stomach can handle it.

Even in a culture as coarsened and degraded as ours has become by the ready availability of smut online, it took many by surprise that a movie as prurient as ‘Cuties’ could be made and streamed today.

The reality is that the movie’s depictions of childhood sexuality, using real children to do it, will only end up glorifying what it claims to condemn.  ‘Cuties’ creates more of the toxic culture it claims to critique.

‘Cuties’ isn’t a political issue. It’s a horrifying signpost indicating how rapidly our culture is sliding into a moral abyss.

Sexualizing children will always be wrong. You don’t have to watch child pornography to know that it is the most evil, reprehensible thing in the world.

‘Cuties’ did not create a “faux controversy”. This is a very real controversy because, thank God, there are still enough people who are scandalized by the commercial sexual exploitation of children.

There is a very real movement afoot, fuelled by many in the media and entertainment empires, and abetted by our permissive culture, to make content like ‘Cuties’ socially acceptable.

They want to “normalize” the unthinkable moral evil that is pedophilia, to make it one more sexual orientation, one more letter in the alphabet soup, one more criminally obscenely acceptable interpretation of “love is love”.

A Texas grand jury has moved to return an indictment against Netflix for promoting “lewd visual material” of a child. Netflix claims the lawsuit has no merit, and stands by ‘Cuties’.

The lines are drawn. They seek the moral and physical defilement of our children.

Our silence will be interpreted as our consent.

Email the Justice Minister of Canada and call for charges to be brought against Netflix Canada for distribution of child pornography!

Please explain that the film 'Cuties' violates Canadian pornography law by presenting the genitals or pubic area of a clothed or partially clothed child under the age of 18.

If you appreciate PAFE’s role in bringing you information  on issues of urgent interest to parents, please support us with a donation by clicking here!