Gender Theory Inventor Admits He Made It Up 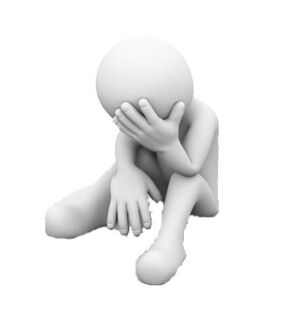 In an article published last fall in the online Canadian magazine Quillette, historian Christopher Dummitt discusses how he went from denying that sex is a biological reality to admitting that he was wrong.

Dummitt describes how in the 1990s as a graduate student he promoted the idea that sex is wholly a social construct—“that there was no such thing as sex.” At that time he couldn’t find many people that agreed with him because “such beliefs went against common sense.”

It shows up especially in the talking points about trans rights, and policy regarding trans athletes in sports. It is being written into laws that essentially threaten repercussions for anyone who suggests that sex might be a biological reality. Such a statement, for many activists, is tantamount to hate speech.

Dummitt admits he was wrong in promoting the idea that sex is a social construct, and says that he and others in the gender-studies field were “making it up” when it came to their research.

Yet this “baseless” idea that Dummitt and others promoted is what is driving the transgender movement and its lobbying to have pro-transgender policies put in place.

Dummitt laments the fact that, “My flawed reasoning, and other scholarship using the same defective thinking, now is being taken up by activists and governments to legislate a new moral code of conduct.”

This “flawed reasoning” and “defective thinking” has found its way into the Ontario sex-ed curriculum and who knows how many “spontaneous” classroom discussions about sex and gender identity led by activist teachers.

It is also what is behind the dramatic rise in children claiming they are transgender and the medical establishment’s approach to such children: affirming their new identity and offering them drugs and surgery to “transition.”

Dummitt’s article reads like a confession and a cautionary tale; however, it should also serve as a dire warning. Gender identity theory is based on “flawed reasoning” and “defective thinking,” yet school board policies and curriculums treat it as scientific fact. Acceptance of this baseless theory is leading to the destruction of children’s health and well-being, including the mutilation of their bodies.

To read the full article by Dummitt, click here.