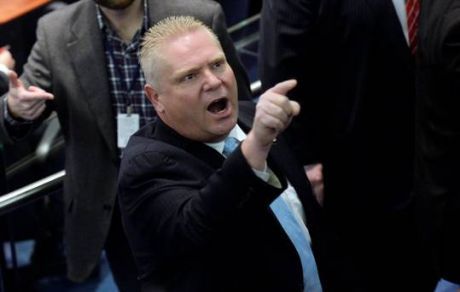 On November 7, 2019, the Toronto Catholic District School Board (TCDSB) trustees voted 8-4 in favour of adding gender identity into its Code of Conduct. Since this decision has far reaching consequences, I would like to give you a timeline of relevant events leading up to this outcome which can be traced to Doug Ford breaking his promise to stop forcing gender identity theory into classrooms.

September 17, 2019, Likely emboldened by Ford’s sex-ed flip flop, the Ontario Human Rights Commission sent the Toronto Catholic board a letter admonishing it to add “gender identity” and “gender expression” to its Code of Conduct.

October 31, 2019 – Minister of Education, Stephen Lecce, declared: "My message to the board is quite clear. My expectation is that every child irrespective of their differences can see themselves reflected in schools and more importantly that they will adhere to the Ontario Human Rights Code." (Click here to read the article.) Lecce could have stayed above the fray and recognized the Catholic boards’ denominational rights, but instead, he chose to use his bully pulpit to pressure the board to include the terms.

November 7, 2019 – Trustees voted 8 to 4 to add gender ideology to the board’s Code of Conduct, citing the directive from the Ministry of Education to comply.

The role played by Doug Ford and Stephen Lecce’s re-admittance of gender theory back into the sex education curriculum was paramount. Without this pressure there may well have been enough trustee votes to defeat the proposal to add the terms.

PAFE will hold Doug Ford and Stephen Lecce to account for forcing gender identity and gender expression into the Codes of Conduct of Ontario school boards. Please help us by donating to PAFE today!