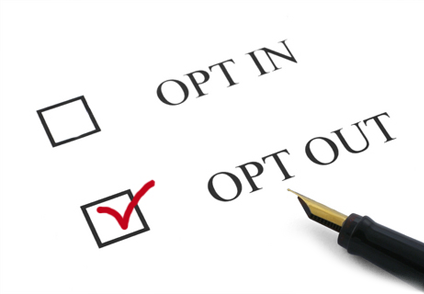 On Wednesday, the Ford government announced further action on the education file, some of it relating to the Wynne sex-ed. So does this mean the Wynne sex-ed, including the unscientific gender theory, is finally repealed in time for the school year?

Recall that, thanks to you, PAFE collected 10,000 signatures in ten days on a paper petition to the Ontario legislature, calling for the full repeal of the Wynne sex-ed curriculum. Many of those signatures were delivered to Ontario PC MPPs last week, with thousands more on the way. Good news, the petition is working!

However, while I am pleased with some of what was announced Wednesday, and that the Ford government is now listening to parents, there still remains good reason for parents to be concerned.

I am also pleased that the government is using words such as ‘age-appropriate’ to describe their goal for a new sex-ed curriculum. The previous Wynne government’s curriculum prioritized its narrow ideological agenda ahead of parental rights. It’s time to stop sexualizing our children.

On Wednesday, Education Minister Lisa Thompson released her new “Interim” Health and Physical Education curriculum, which includes the sex-ed component. You can read the curriculum by clicking here.

The Wynne sex-ed will continue to be taught this fall to highschool students. There has been absolutely no repeal there. Gender identity theory is still present. This is of grave concern to parents.

For the elementary grades, while the Thompson sex-ed curriculum gender identity theory has been removed out of the grade by grade curriculum, the interim sex-ed still references ‘gender identity’ and the liberal ideology on which it is based.

This adds to the confusion and one question still remains unanswered: will teacher be permitted to teach the unscientific, controversial gender identity theory be taught this fall or not? Recall that Thompson has been promising, since July 16, that ‘gender identity’ would be taught in schools this September. So what will be taught when school returns?

Remember I shared with you a video earlier this week, of a February 13, 2018 interview with Andrew Lawton with then-leadership candidate Ford. Ford specifically cited the “six genders” aspect of gender identity theory as an area where he disagreed with the Wynne sex-ed, equating it with the sort of ‘liberal ideology’ that he opposed. And yet here it is: ‘gender identity’ is a part of the very first post-Wynne, PC party sex-ed curriculum. To see the video, click here.

The definitions of “gender” and “gender identity” that appear in the Thompson curriculum are nothing more than the “liberal ideology” that Ford criticized earlier this year.

So what’s going on?

The government continues to send mixed messages to the public, to school boards, and to teachers regarding what will be taught this fall. There has been no clear directive that teacher's should stop teaching s ‘gender identity theory’ .

This is not what parents in Ontario want. This is why our petition —the one with 10,000 signatures!—is so important. The petition is clear: repeal and replace Kathleen Wynne’s sex-ed curriculum for the upcoming school year, including unscientific “gender identity" theory.

PAFE is calling on Minister Thompson to immediately instruct the province’s school boards to provide “ample notice” to all Ontario parents as to when each sex-ed class will be taught, so that parents will be able to remove their children from those classes (opt-out).

What can you do?

We are continuing to collect petitions and delivering them to MPPs in advance of September 24th when the MPPs return to the Legislature. Can you help us gather more signatures in the next few weeks and encourage others to do the same?