Why the WHO Shouldn't Get Our Support 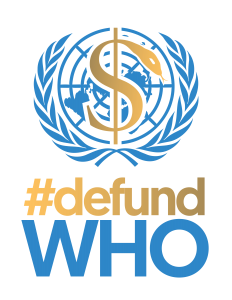 The World Health Organization (WHO), besides being criticized internationally for mishandling the COVID-19 crisis, is one of the world’s main promoters of comprehensive sex education for young children. President Trump recently suspended American funds to the WHO while Justin Trudeau has committed additional funds to the WHO on behalf of all Canadians.

As a United Nations organization, the WHO partnered with UNESCO to publish its guidelines for comprehensive sexuality instruction in schools. The 2009 document was called “International Technical Guidance on Sexuality Education”, and was reissued in 2018.

Learning Objectives for Level I (ages 5-8):

Any right-thinking individual will see the above learning objectives as at least an intolerable violation of childhood innocence and at worst a stepping stone for those who seek to traffic children.

Judith Reisman has written extensively on how this view that children are sexual beings from the beginning had its origins in Albert Kinsey’s criminal experiments on children, in which children were raped, purportedly to reveal their capacity for orgasm. Kinsey was also the originator of the idea of gender fluidity, that humans are largely bisexual. Kinsey’s philosophy is carried on today by the Kinsey Institute’s Sexuality Information and Education Council of the US (SIECUS), another partner of UNESCO.

Does this sound like a crowd you really want to hang around with?  Definitely not!

PAFE fights against the sexualization of children and mobilizes supporters to oppose Canada’s funding of the WHO. Please support our work with a donation by clicking here.