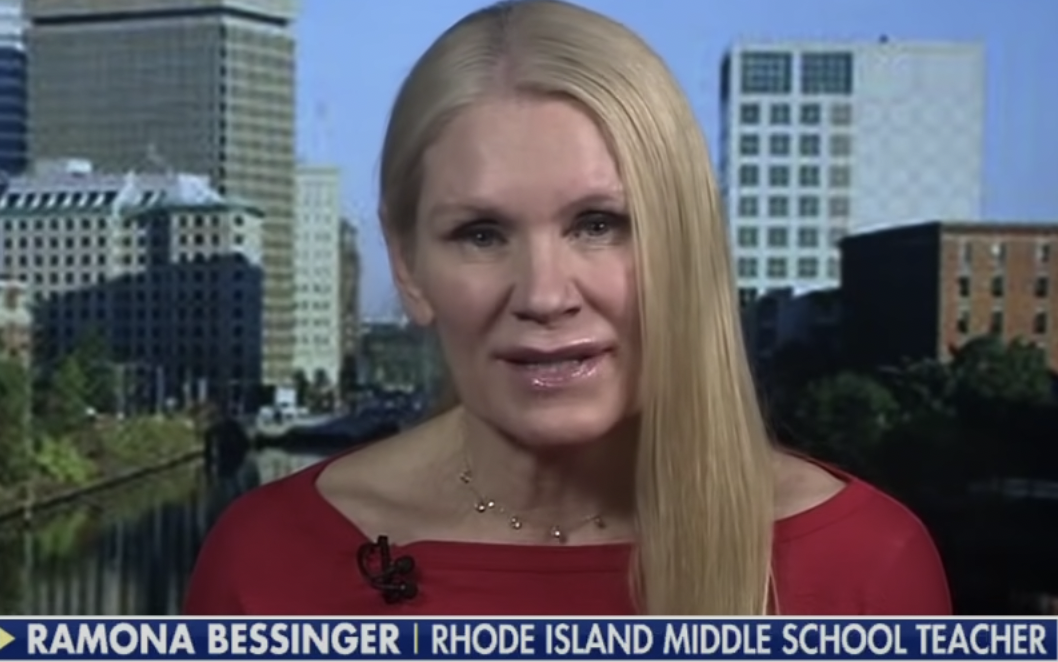 It took more than a year and a great deal of sacrifice, but veteran Rhode Island middle school teacher Ramona Bessinger has triumphed in her fight against the enforcement of the poisonous, divisive ‘critical race theory’ in her classroom.

James Freeman has written about Bessinger’s ordeal for The Wall Street Journal.

In July, 2021, Bessinger revealed on the Legal Insurrection website that the mandatory application of CRT was creating division, racial hostility and anti-Americanism among those she taught.

Her students, most of whom were non-white, began to identify Bessinger as “America” and themselves as “not America”, purely on the basis of their respective races and skin colours.

For raising the alarm, Bessinger endured a year of discrimination,  intimidation and harassment.

She was transferred against her will to another school, where she was not given a teaching position, but instead consigned to a windowless resource room in the basement.

Teachers and students at her new school were discouraged from speaking with Bessinger, and the teacher with over 20 years of experience was disparaged as a homophobe, racist, and white supremacist.

Clearly, the Providence School District and the educational establishment hoped that Bessinger would just give up and quit her job.

“How could I keep silent seeing what the Critical Race curriculum was doing to the students and our society?”

Instead, Bessinger waged a legal battle to regain her teaching position, and after a year, she is emerging victoriously

from that basement resource room to once again take up a full-time classroom assignment.

Bessinger says she remains “unbowed, and more committed to fighting the CRT scourge than ever before.”

Ramona Bessinger’s victory should fill us all with hope because it shows that, with enough courage and conviction, the seemingly irresistible onslaught of radicalism in education can be defeated.

Now, it’s up to parents and teachers everywhere to stand up and reject ‘CRT’, and all other insidious, hard-left pedagogical initiatives that aim not to nurture the foundation of society, but to tear it down and horrifically remake it.

The small minority of extremist ideologues who have imposed CRT can be faced down, but only with a firm and open defiance of their ideas and objectives.

Reasserting values in education that promote equal opportunity in school and in life for all, regardless of their skin colour will be a tough battle, especially in Ontario where a supposedly “conservative” government under Doug Ford has shown itself to be in league with these radicals.

You can help PAFE by contributing to our effort to fight against all radical ideologies in Ontario schools that pose grave threats to children.