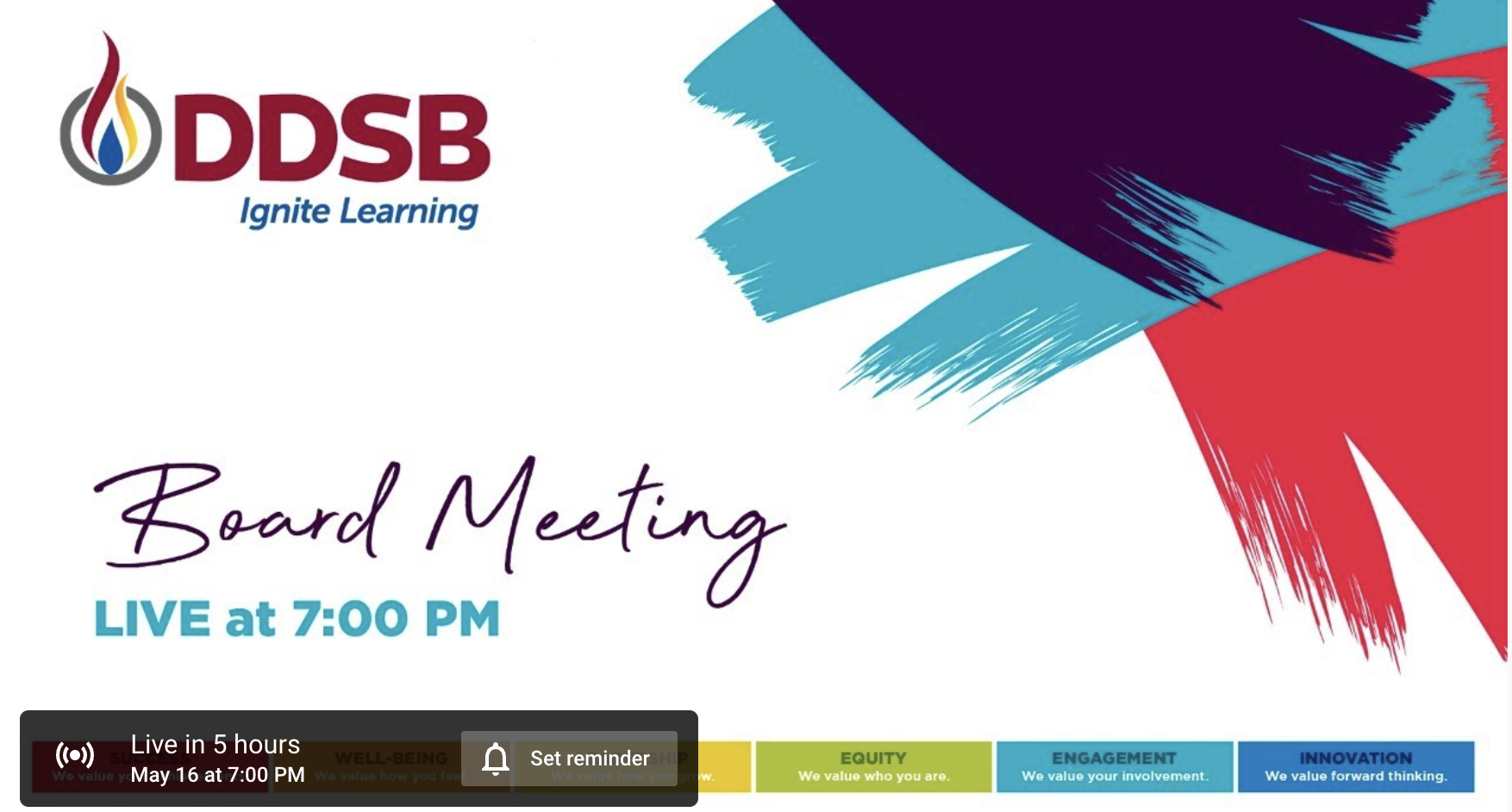 The Durham public board is proposing changes to their “Human Rights, Anti-Discrimination and Anti-Racism” Policy and Procedure tonight at 7 pm.

We apologize for the short notice, but we beg you to see the urgency here!

Please write Durham District School Board trustees by 5 pm TODAY, MAY 16, asking them not to move forward with their “Human Rights, Anti-Discrimination and Anti-Racism Policy” tonight.

You can read the policy on p. 47 of the Agenda.  If you read through it you will find CRT language everywhere.

Once you recover from the shock, you’ll see this policy needs to be reworked from beginning to end.

Their Policy delivers the board over entirely to the tenets of Critical Race Theory, stating that:

"1.7 Systemic discrimination is pervasive and deeply entrenched and operates in society, institutions, structures, policies and standards, including in educational institutions and the DDSB.

This stems from the effects of:

a) Discriminatory ideologies and systems and the structural dominance of white supremacy, racism, sexism, ableism, heteronormativity, cisnormativity/cisgenderism, cissexism, faithism and classism; and

b) Historical and ongoing colonialism, systemic and intersecting discrimination and oppression, including but not limited to the legacies and ongoing intergenerational effects of residential schools, enslavement and unique discriminatory structures, policies and practices against people based on ancestry, race, disability, sex, sexual orientation, gender identity, gender expression, creed, age, socioeconomic status and other Prohibited Grounds and combination of grounds."

A school board's anti-racism policy should not frame racism in terms of critical race theory.  As soon as an organization does that, it is conceptualizing the problem in the wrong way and will inevitably take the wrong steps to combat it.

Critical race theory is too simplistic in framing racism as part of a war between (white) oppressors and (non-white) oppressed. This is Marxism dressed up to be more palatable to us, and it fails to capture the richness of what human social dynamics are supposed to be about.  Reducing the complexity of the human person to a set of labels, as the “intersectional” approach of critical race theory does, can never be tolerated.

Some examples include the definitions of equity, colonialism, white supremacy and intersectionality in the list of definitions in the Procedure.  In the hands of critical race theory can actually become a route to embed discrimination against BOTH classes of people, or in other words, toward EVERYONE!

If the Board upholds the dignity of all persons, then why are they embracing a definition of “equity” that strips white students and staff of dignity? At the same time it treats black and non-white people as “vulnerable” people because of the colour of their skin? Isn’t that racism?

Carolyn Morton, Chairperson of the Board,Townships of Brock, Scugog, Uxbridge, 905-986-5525

Email them as a block:

You can watch the Durham public livestream of the meeting tonight at 7 pm by clicking here.