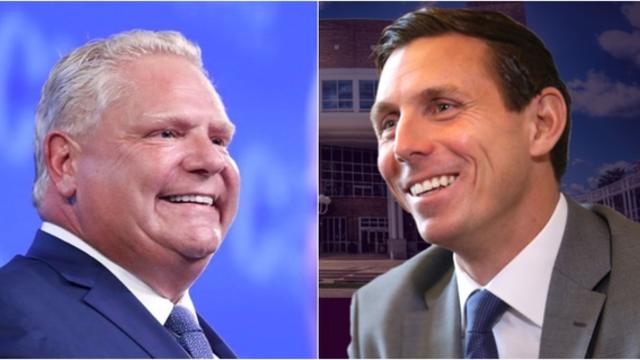 In follow-up to yesterday's email (click here to read it, if you haven’t yet), I want to update you on problematic developments with the PC Party Policy Convention & General Meeting taking place November 16-18 in Toronto.

For the past few months, the policy debate and votes, and the voting on constitutional amendments was scheduled to take place in the daytime hours of Saturday, November 17.

This past weekend, though, I was made aware that the Doug Ford controlled “Convention Committee” recently voted to make a radical change to the program.

Voting on policies and the executive early Sunday morning starting at 7am?! This isn't right.

I know the PC Party is aware that pro-family delegates were elected in big numbers for this convention. Is this possibly why the Ford-appointed Convention Committee moved the voting times to when many delegates would be attending church services, or would otherwise have family commitments? According to a senior PC Party official I spoke with yesterday, the change in schedule was to accommodate "set-up" for the Doug Ford dinner on the Saturday evening.

I don't think it's right that preparations for dinner with Doug Ford should take all day Saturday. Surely this can’t be the real reason that, with this last-minute change of schedule, hundreds of delegates will be now be inconvenienced and possibly required to miss their church services. Isn't Team Ford supposed to be providing a government "for the people"? Maybe it is the government for some people only, and not for others. And maybe this same ethos is being applied to how the PC Party is being run?

Furthermore, it seems that most of the pro-family policy proposals have been omitted from the convention. The Party decided against many of our grassroots policies that were endorsed by party members throughout Ontario – policies addressing Bill 89 (kids being removed from their home if parents disagree with them changing their sex), Bill 28 (removing the words “mother” and “father” in the birth registration process), and Bill 77 (banning therapy for children who think they want to change their sex). The PC Party even censored and suppressed my policy resolutions that opposed gender identity theory, EVEN THOUGH, as recently as this past February, Doug Ford himself described gender identity theory as nothing more than “Liberal ideology”.

If you are going to boast that you are going to “listen to the people”, then you need to listen. Omitting grassroots policies, and rearranging the voting time to early Sunday morning is exclusionary.

Is this our new party? Or is the new Doug Ford PC Party using the old Patrick Brown tricks?

We need to voice our concerns. I have already raised my concerns with the Executive Director of the Ontario PC Party – Michael Crase -  in a lengthy conversation yesterday. Now it's your turn.

At this point, I think the best persons you can approach to act on our behalf are the two gentlemen running for PC Party President - Jim Karahalios and Brian Patterson.

Can you contact Brian Patterson or Jim Karahalios and ask them to do something? Tell them we need to bring back voting to Saturday and include all the grassroots policies - not just the handpicked ones that meet the approval of a select few.

You can reach them at the following:

Email me at [email protected] and let me know what they say.