The Return of Tanya Granic Allen 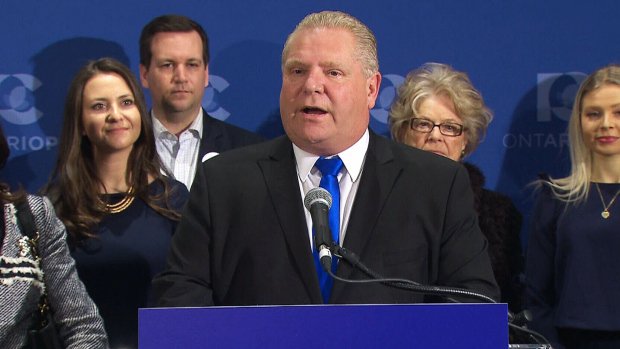 Another betrayal of social conservatives- just like Patrick Brown.

What happened exactly? What about these trumped up smears against me? Why did Doug Ford's team not support me? And what are the next steps? I will address these questions in the next few days.

Before I continue, however, I must thank you, from the bottom of my heart, for the outpouring of support in these past few months. All of your emails, calls, donations, volunteer hours helped propel our cause to the forefront.

And what was the result of Doug Ford’s victory? I was removed by Doug Ford and his team as the democratically nominated candidate, and another candidate was appointed instead.

Clearly, Doug Ford is getting bad advice from his advisors.

I’ve always been clear- I’m here to be a strong voice against the Kathleen Wynne anti-family agenda. I intend to remain as that strong voice, even if through undemocratic means I have been pushed out of running as a PC MPP.

When I announced I was running for leader 3 months ago, the two main issues on which I ran was the repeal of the Wynne sex-ed, and cleaning up the corruption within the PC Party.

Doug Ford made commitments to me and the party, that it was not enough to review the Wynne sex-ed, but it must be repealed and replaced, and parents can opt-out.

I’m watching the first leader’s debate tonight to see if Doug Ford will make a re-commitment to repealing and replacing Wynne’s sex-ed.

Repealing the sex-ed has nothing to do with homophobia- but has to do with parental rights. Parents are the first educators of their children. We get to decide.

The most recent manifestation of the anti-family agenda, however, is Bill 89.

Another Bill of concern is one I highlighted in the TVO leaders debate: Bill 77. This bill tramples on parental rights for those with gender dysphoric children. This Bill, now law, limits parents’ access to therapies which research has proven can be beneficial. Why should the state insert itself between parents and their children? In most cases, parents know best. Doug should address Bill 77 in the debate today.

I might have just walked away after the leadership and gone home. I didn’t. I felt compelled to run as an MPP to be there to make sure Doug stays true. And Doug, after all, encouraged me to run and told me I would play an important role in his government. I felt a responsibility to the families of Ontario.

I still feel a responsibility. Does Doug?

The debate airs at 6:15pm tonight on City TV.