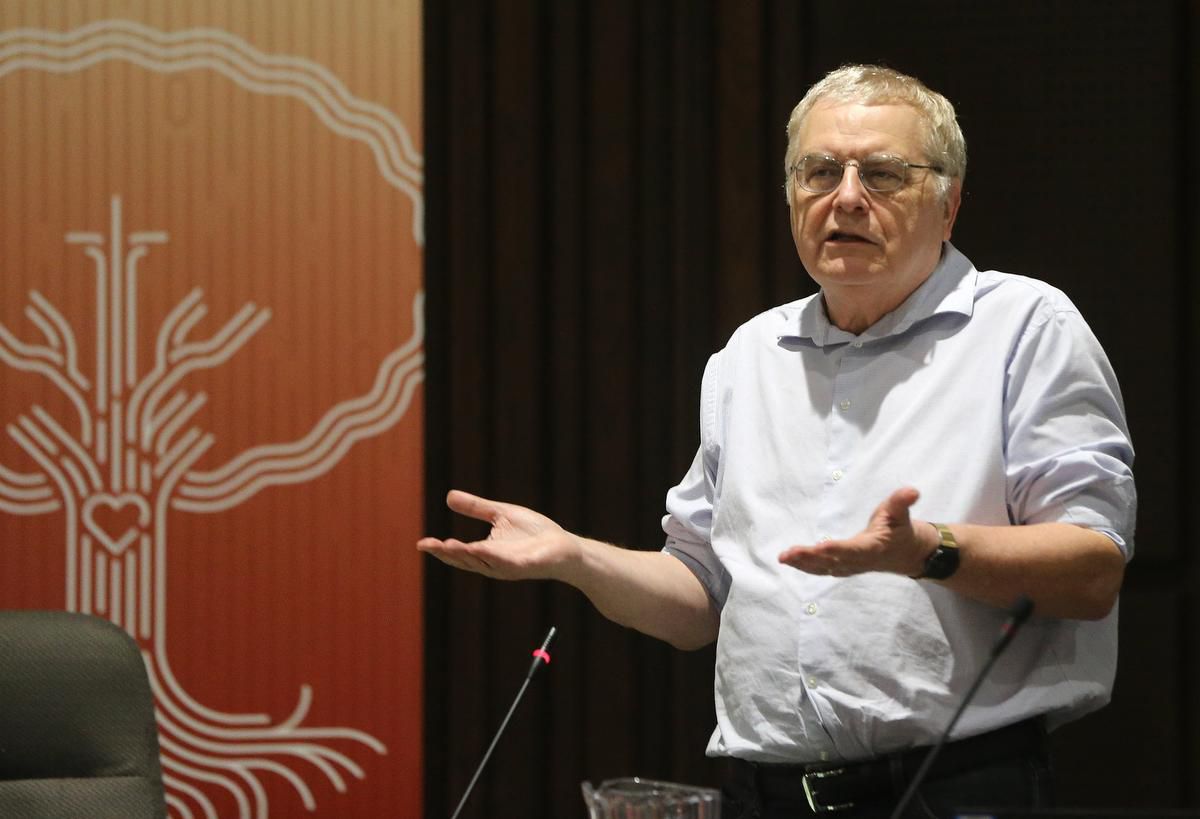 Controversial comments by a Toronto Catholic school trustee, in which he suggested “gender ideology” was “evil,” were the subject of a special board meeting Monday where some members of the public defended them as “flawless” and others called for them to be denounced.

The special Toronto Catholic District School Board meeting was in response to a recent op-ed piece by Michael Del Grande, which was published on the socially conservative website LifeSiteNews.com.

In it, he defended his vote against amending the TCDSB code of conduct to include protection from discrimination on the basis of gender identity, gender expression, family status and marital status, an amendment that was ultimately adopted last month.

He explained he took a stand against so-called gender ideology because it is contrary to Catholic teaching and suggested it was “evil,” describing himself as a faithful Catholic “standing up for Catholic education and Church teachings.”

He was set to propose a motion about the comments during the public session, but proceedings were moved into private.

“I believe the board should apologize if a trustee is found to have violated our bylaws and that violation causes distress to our community,” de Domenico told the Star before the private session.

After about two hours in a private meeting, trustees returned into public and passed the following motion: “Pursuant to obligations to investigate trustee code of conduct complaints, the board has directed staff to hire an independent investigator.” They did not specify whose conduct, or what specifically, the investigator would be looking into.

During the earlier portion of the public session, which attracted about 50 people on both sides of the issue, the board listened to delegates, who were cautioned against identifying trustees by name.

“To have folks speaking against the code of conduct, or calling things included in the code of conduct ‘evil,’ the board needs to send a very clear message that they stand with the Ontario Human Rights Code,” said Kyle Iannuzzi, a former TCDSB student and member of the LGBTQ community.

Julie Altomare-Di Nunzio, president of the Toronto Elementary Catholic Teachers union, spoke of the need to be inclusive of all students and called on the board to address the public comments.

“Children in our schools are looking towards you as trustees to accept them,” she said. “Words matter... I’m asking you to do something that is ordinary, and that is just to accept and be inclusive of all of our students.”

Queenie Yu, a member of the socially conservative group Parents as First Educators, noted that Del Grande was not making any personal attacks against individual groups, but was talking about an ideology.

“We live in a democratic society where every Canadian citizen has the right to free speech, where we can discuss different ideas,” said Yu. “The trustee exercised his right of free speech and made a statement regarding gender ideology … I’d like to encourage all trustees to continue speaking out and expressing their views.”

Lalit Lobo, speaking on behalf of youth minister Christopher Elliott, who was out of town, called Del Grande “a rare breed in today’s politically correct and politically charged climate” saying his op-ed was “flawless in terms of its context and the faithfulness.”

At the TCDSB, debate raged for months over adopting gender identity, gender expression, family status and marital status in its code of conduct — as directed by the province because the terms are prohibited grounds of discrimination under the Human Rights Code.

The controversy reached new heights after a Nov. 7 meeting, in which Del Grande argued including gender identity was a “slippery slope.” He then suggested the code be changed to include various sexual acts such as vampirism, bestiality and pedophilia, but was ruled out of order. That night, the board voted to adopt the four terms. The dissenting votes were trustees Del Grande, Garry Tanuan, Nancy Crawford and Teresa Lubinski.

Following weeks of criticism and praise from the public over his comments at that meeting, Del Grande’s op-ed was published Dec. 13.

“I took (a stand) against a gender ideology which is incompatible with the Christian anthropology of the human person,” he wrote.

“... Each one of us cannot simply take the comfort of the pew on a Sunday, and say nothing or do nothing about the attacks on our faith taking place all around us.

Last week, Del Grande was given an award by the socially conservative non-profit organization Campaign Life Coalition for his stance at the TCDSB.

“We chose to honour Del Grande because he showed outstanding bravery in defending children’s emotional, psychological, spiritual, and medical well-being,” Jack Fonseca, the director of political operations for the coalition, told the Star.

“Transgender ideology and the theory of gender identity is harmful to children. So, by opposing that ideology taking root in our Catholic schools, he is protecting the well-being of children on many important levels.”

While accepting the award, Del Grande said “I’m not going to stop, I’m not going to lay down … I’m just doing what I’ve always been taught in my faith, (which) is to follow the cross.”