Last month, Ontario Minister of Education Lisa Thompson announced that Gender Identity Theory will continue to be taught in elementary and high schools. Educators have embraced this decision.

One school, Sacred Heart Catholic High School in Walkerton, is enthusiastically promoting this theory to students.

This school is located right in Lisa Thompson's riding.

Back in 2016 Catholic parents were told Kathleen Wynne’s sex-ed would be taught to their children through a “Catholic lens”. The new sex-ed was to be taught “in the context of Catholic values” in Catholic schools.

At the time PAFE stressed that the solution was for the Wynne sex-ed curriculum to be repealed, across all school boards, and that the teaching of unscientific gender identity theory doesn’t belong in schools, period.

Fast forward 3 years to 2019 and a PC government that campaigned on repealing Wynne’s sex-ed—and an Education Minister that has failed to do so—and we have this being promoted to students at Sacred Heart Catholic High School in Walkerton:

“Genitals and body don’t actually reflect anything about a person’s gender at all.”

Several parents have contacted PAFE with concerns about the April 2019 newsletter for Sacred Heart High School in Walkerton which includes an article titled, “Gender Pronouns.” The article contains links to resources and encourages students and teachers to ask for pronouns, use the correct pronoun for a person’s gender identity, or just use gender neutral pronouns like “zie” and “sie” and links to a video and an infographic.

The 5 minute video (watch here or click image below) consists of various transgender young people explaining how to use proper pronouns to ensure no one is “misgendered.” One of the youths states, “genitals and body don’t actually reflect anything about a person’s gender at all.” In one shot the group yells, “genitals don’t equal gender!” 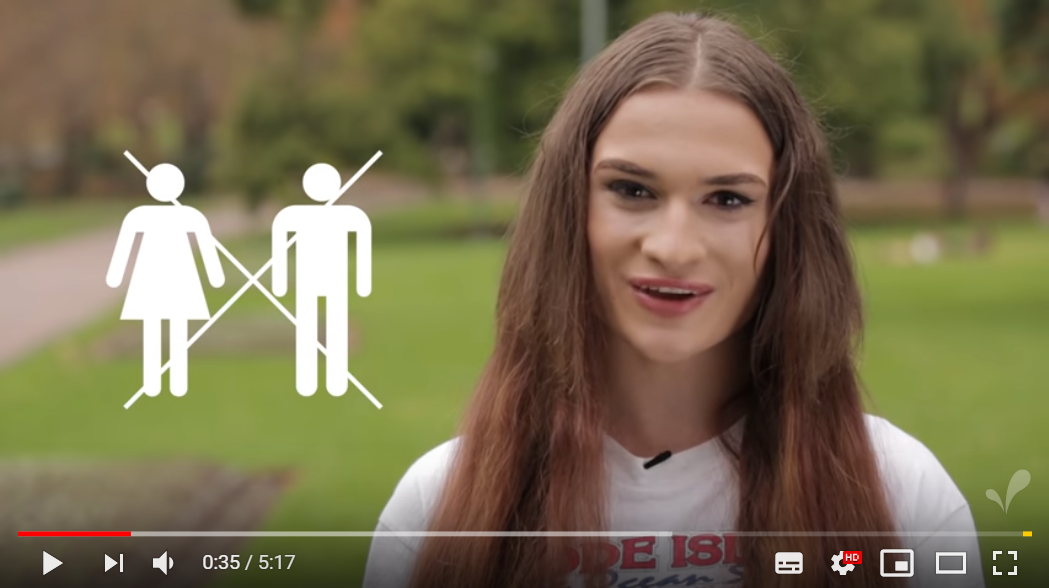 This is what is being promoted in a Catholic school in Lisa Thompson’s own riding, embracing her announcement last month that Gender Identity Theory will continue to be taught in schools.

It contradicts Catholic teaching, it is unscientific, and it rejects parents as the first educators of their children. Remember, parents make the choice to send their children to Catholic schools, and in doing so, there is an expectation that Catholic moral teaching be upheld.

This is a direct result of the continued use of Kathleen Wynne’s sex-ed curriculum in Ontario schools. Recall that Thompson has officially confirmed that gender identity theory will be part of the 2019 Thompson curriculum, to be released in May.

When Kathleen Wynne imposed her radical sex-ed on Catholic schools in the province, PAFE said Wynne and her curriculum have to go. Now Wynne is gone but her curriculum remains intact in our schools.

Minister Thompson has failed to repeal what was promised to parents in Ontario by Doug Ford. This is why we created a petition demanding that Lisa Thompson resign for failing to repeal the Wynne sex-ed. To sign it, click here.

What is your school teaching about gender identity theory? Please contact your school to find out. Email me at [email protected] and let me know what's going on.