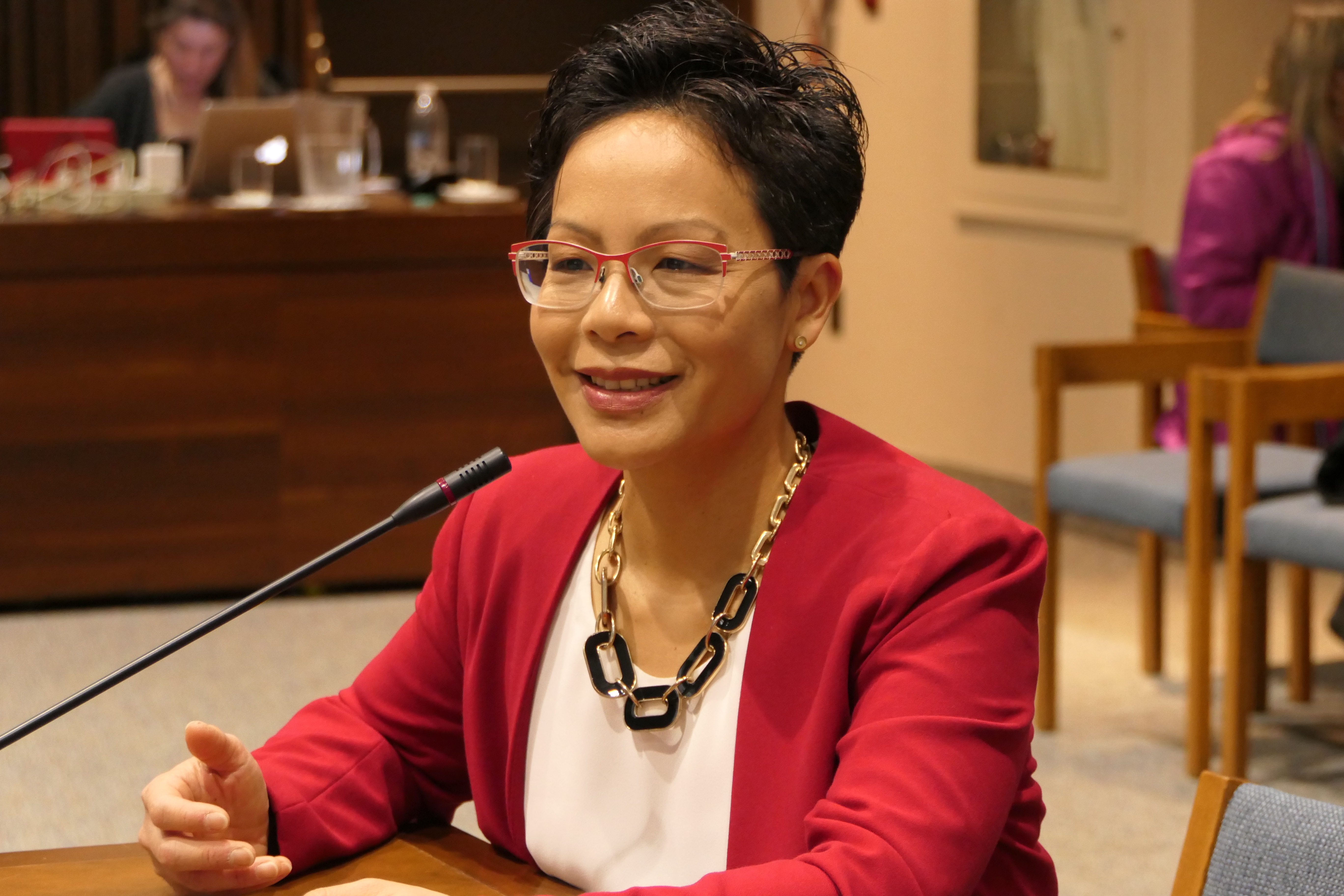 Good evening. Thank you for giving me the opportunity to speak tonight. I would like to share some thoughts about comments that a trustee wrote in a statement on LifeSite News which caused an emotional reaction in some people. The CBC reported that Mayor John Tory said:

"We just can't have a situation where people in public life seem to be suggesting that other groups who are our fellow citizens in Toronto are evil as opposed to good."

I looked through the trustee’s statement and nowhere does he single out any particular individual or group of people calling them evil. He was not making any personal attacks. He was talking about an ideology.

One dictionary definition of the word “Ideology” is “a system of ideas and ideals, especially one which forms the basis of economic or political theory and policy.”

We cannot equate an ideology with the people who agree with that ideology. A person is much more than an ideology to which they subscribe.

I mentor young women on a volunteer basis. Several of the university students I work with act as if their self-worth is based on the marks they get or the graduate program they get into. In other words, they have the “idea” or “ideology” we could say – that their self-worth is determined by their marks. As a result, some of these students get so stressed out because of one low exam mark. These students need to keep hearing that their worth as a human being isn’t based on their marks. Whether they get into a graduate program or not does not define WHO they are. Their dignity as a human being is based on the fact that they are beloved children of God.

Similarly, the trustee may not agree with a certain ideology, but his personal opinion of that ideology and the Church’s teaching on it, does not change the dignity of the people who choose to adopt it. Everyone – no matter what they believe or do or think, whether they follow the Catholic Church’s teachings or not – is a beloved child of God with infinite dignity, and no one, nothing can take that dignity away from any person.

We live in a democratic society where every Canadian citizen has the right to free speech, where we can discuss different ideas. I mentioned earlier that “ideology” is “a system of ideas and ideals”. The trustee exercised his right of free speech and made a statement regarding gender ideology. Each of us in this room is entitled to agree or disagree with him. When we share opposing ideas, it’s an opportunity for us to learn from one another and grow in understanding. I’d like to encourage all trustees to continue speaking out and expressing their views, and engaging in mature dialogue with one another and with the general public. Thank you.