Patrick Brown and his team are suing to shut down dissent? 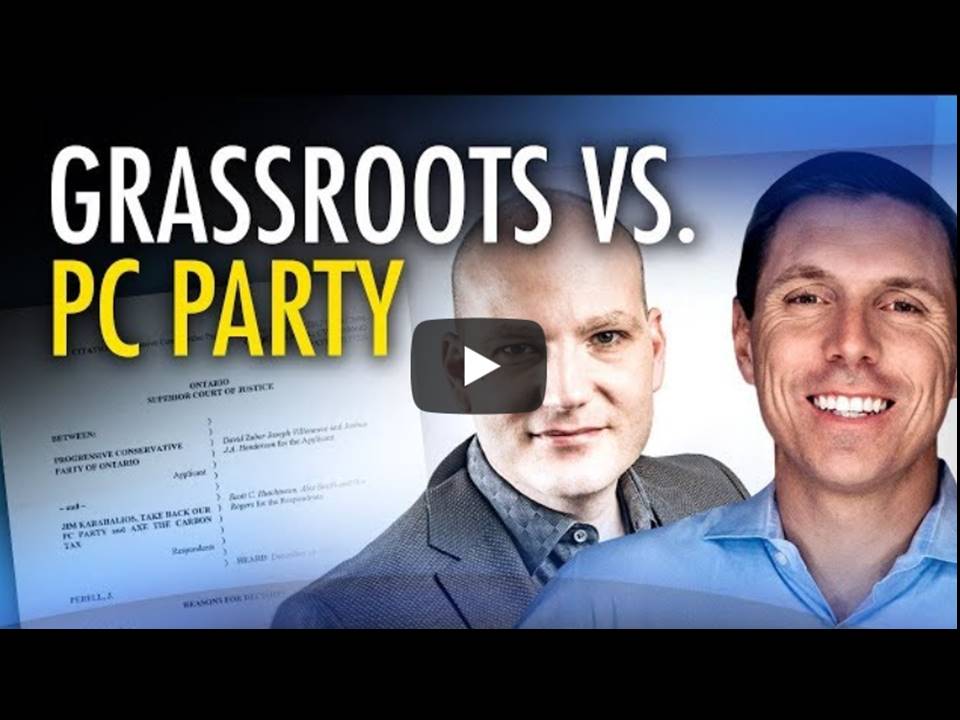 Have you ever been sued by a political party? Or by anyone?

I haven’t, at least not yet.

But Patrick Brown and his PC Party Executive think it’s acceptable to sue individuals who disagree with them.

Many of you have written to me saying that you still want to work within the Ontario PC Party- that Patrick Brown won’t be leader forever (or perhaps even a short while) and you want to work from within.

With that in mind, a while ago I wrote to you about a campaign called Take Back Our PC Party. It's a campaign of PC members who have decided rather than leave the PC Party, they want to “take it back” by holding Brown and his PC Executive accountable for their attempts at trying to purge conservativism from the PC Party.

Well, since I wrote to you about that campaign, Brown and his PC Party Executive decided to try to shut down the Take Back Our PC Party campaign by suing its lead organizer, Jim Karahalios.

Yup, you read that correctly.

Patrick Brown, and his PC Party executive, in an attempt to silence the Take Back Our PC Party campaign, sued its lead organizer Jim Karahalios. Unbelievable, isn’t it?

Brown and the PC Executive lost!

It was an important victory, not only for Jim, but for all political activists in Ontario, like PAFE!

The Judge dismissed the lawsuit as an attempt at trying to stifle Jim’s freedom of speech on matters of public interest.

If you want to hear all about it, you can watch an interview of Jim on The Rebel. Click the video screen below.

If you have more detailed questions about it all you can contact the Take Back Our PC Party campaign at [email protected] or visit their website at www.takebackourpcparty.com.