Only you can put an end to the madness that has gripped our schools! 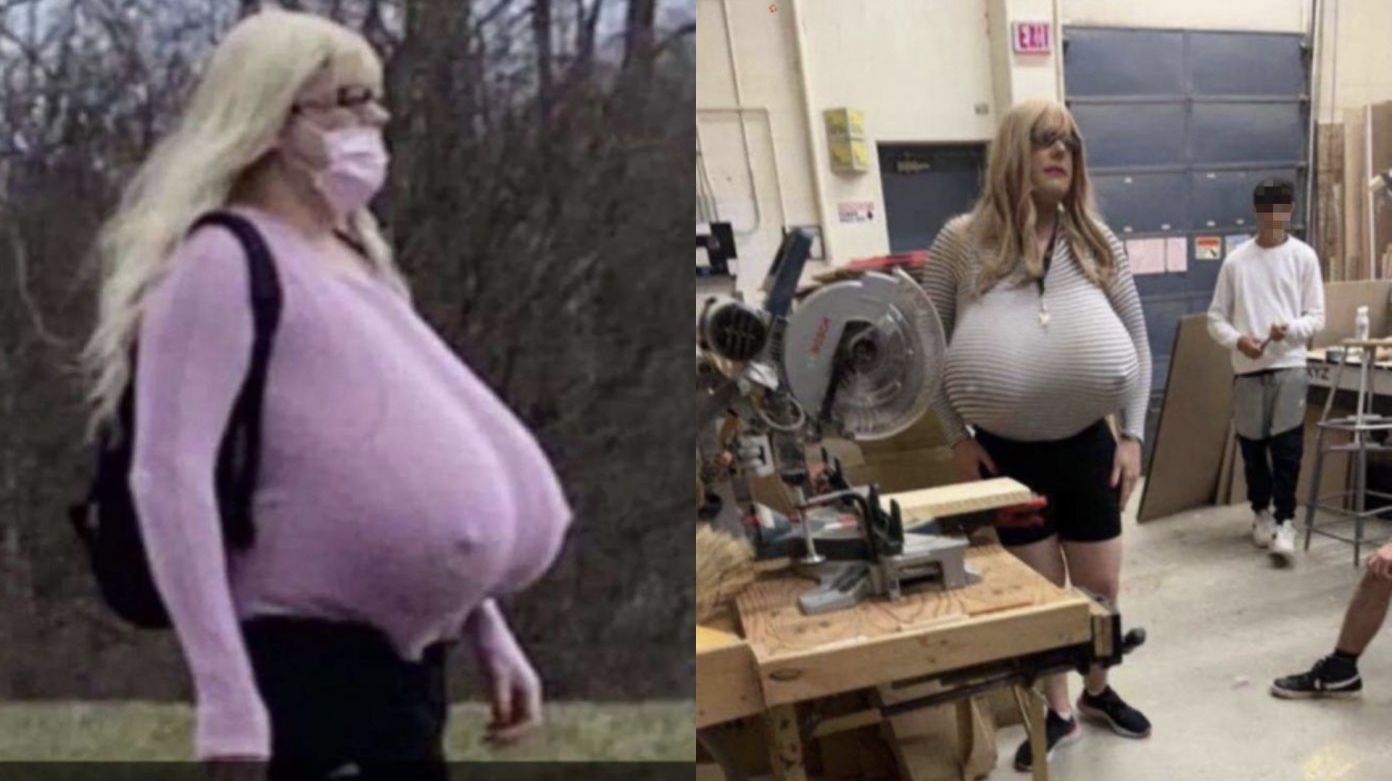 Yet another shocking example of gender ideology run amok in education has emerged in an Ontario high school.

Tragically, it is already clear from the reaction of the school and the school board that the welfare and safety of students will once again take a back seat to the rights of unbalanced teachers to conduct a twisted ideological experiment on innocent children.

The images quickly went viral, sparking outrage and debate all over the world.

The male teacher featured in the photos allegedly began identifying as a woman last year, and now goes by the name Kayla Lemieux.

Along with the fake bust, the teacher wears a wig and short skirts to complete his grotesque caricature of womanhood in the presence of his students.

The prosthetic breasts with the protruding nipples violate the dress code applied to students at Oakville Trafalgar, but apparently that code does not apply to teachers, or at least to those exploring their gender identity.

As the images gained international attention, we hoped that this incident would stir administrators at Oakville Trafalgar and the Halton District School Board (HDSB) to take action.

Once again, we were disappointed.

Oakville Trafalgar High School responded by sending an email to parents in which Lemieux’s employment status was defended in the name of inclusivity, and his revolting behaviour was accommodated in compliance with the Ontario Human Rights Code.

The email stated that OTHS is “committed to establishing and maintaining a safe, caring, inclusive, equitable and welcoming learning and working environment for all students and staff.”

HDSB Director Curtis Ennis offered this comment to a reporter:

“We stand firmly in support of all our teachers in the Board who are expressing themselves through gender identity, gender expression, and their lived experiences as human beings.”

In a statement to the press, Board Chair Margo Shuttleworth is reported to have said, "Protecting any person's 'gender rights' s 'the stand the school board is taking and they are standing behind the teacher' (Joe Warmington, "Halton school board prepares for backlash over trans high school teacher," Toronto Sun, Spetember 17, 2002).

So, an Ontario teacher is sexualizing children, and his school and School Board back him up.

Sexualizing children should never be accepted as “reasonable accommodation”, but that is where the road of radical political correctness has led, and it is sure to take us to even more terrifying places.

Teachers unions and school boards will continue to stand by while children are sacrificed at the altar of radical gender ideology.