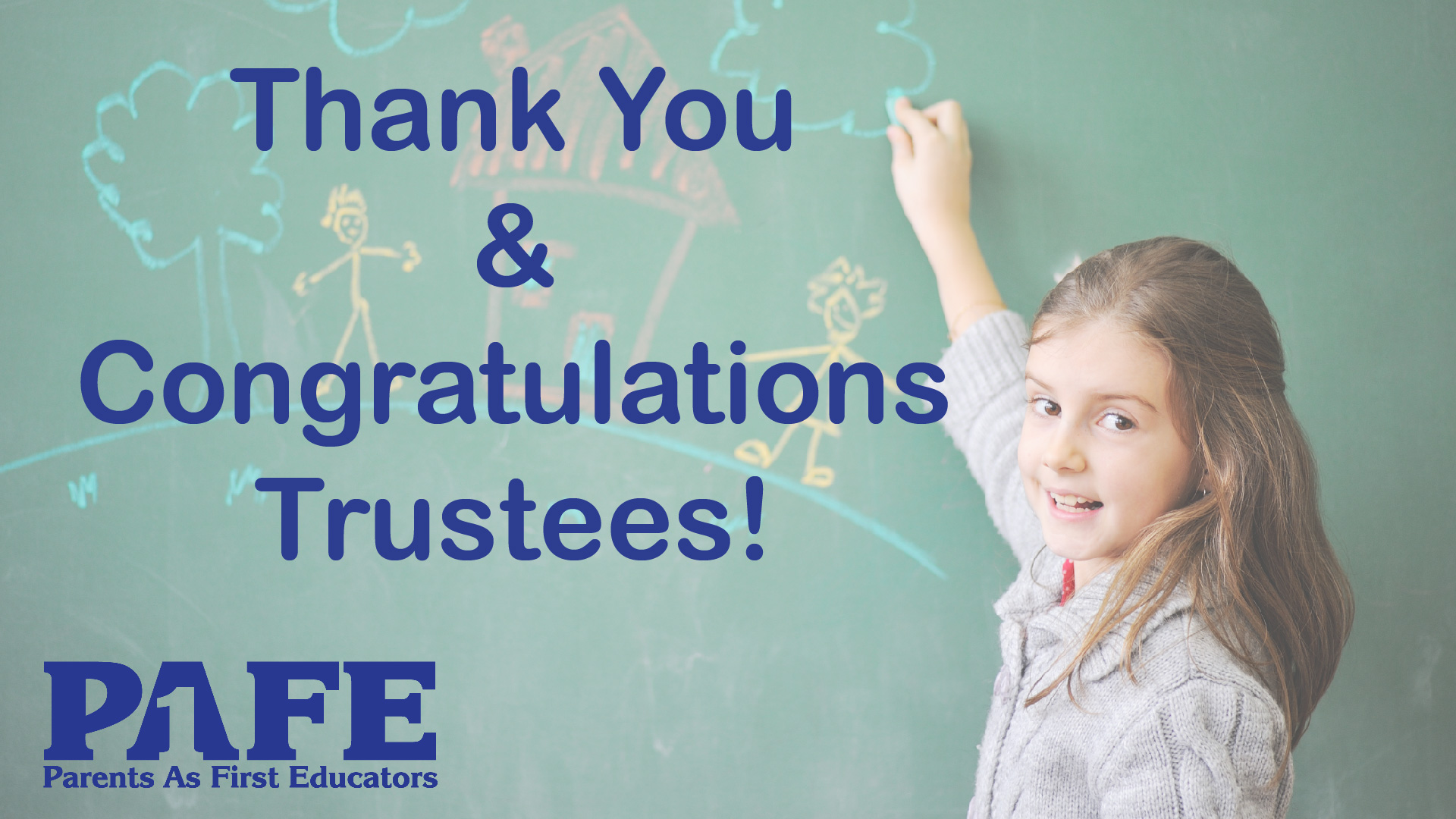 On October 24 the province of Ontario went to the polls for municipal elections to elect among other things, school board trustees.

For weeks you had been making it to the polls to cast votes for candidates who told us they would rein in harmful ideologies such as gender identity theory and critical race theory in Ontario schools and make schools places we feel safe having our children in again.

We have GOOD NEWS!

You succeeded in electing dozens of trustees across the province who are supportive of your views!

Don’t believe the CBC hype! In a series of CBC articles before and after election day Jonathan Montpetit has tried to play down the impact of the anti-woke forces on this election.  And while it is true that in the municipalities he was especially focussing on, the hoped-for slates of candidates were not elected in their entirety, there were still some who WERE elected. And there are many boards across the province that must have escaped his attention where you elected excellent pro-parental rights candidates. There are now good trustees in many boards which have tended not to challenge the status quo very much on parental-rights issues!

THANK YOU to all of our SUPPORTERS who voted and assisted candidates with their campaigns. We are very grateful to all of you for helping to make a difference!

We congratulate each and every CANDIDATE who worked so hard ringing doorbells, distributing flyers, calling supporters and creating an effective message about their goals as trustees.  We believe that even if you weren’t successful this time around, there is always next time! And for those who won the night, enjoy your victory and have a bit of a rest, because there is much work ahead!

And now, can we make one more request?  Elections consume lots of resources and PAFE is in URGENT need of financial help at this time. Can you please help us celebrate all we've accomplished by assisting us with a financial gift today?

Please help us to continue to make better tomorrows for Ontario's children!