Gender Identity Theory in schools? Here's what the polls say... 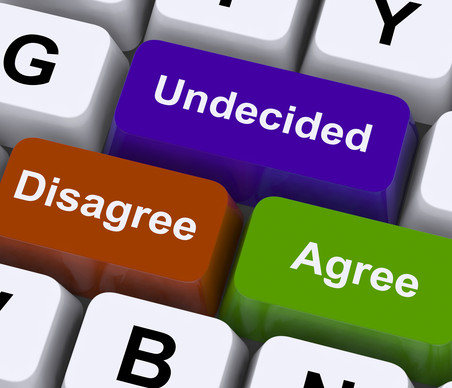 What do Ontarians think about recent controversies, including the teaching of gender identity theory? I have some interesting news to report.

Lisa Thompson has still not resigned as Education Minister, even after she betrayed Doug Ford’s promise to repeal the Wynne sex-ed. Controversial topics such as gender identity theory are still being forced on Ontario students. Despite pleas from Ontario parents against this teaching.

According to reliable sources, the government will release the 2019 Ford/Thompson sex-ed any day now.

I am not optimistic about this.

Thompson, Ford’s hand-picked choice to be Education Minister, has been determined to keep the Wynne sex-ed from her very first day in office. Did Ford ever plan to keep his promise? More on this in coming days.

But before the betrayal of Ford’s sex-ed promise was formally revealed two months ago, it seems that one of the big polling/research companies (Mainstreet Research) conducted polling in a number of local Ontario ridings. Several Ontario controversies were addressed: marijuana, the Taverner/OPP hiring issue, the carbon tax, approval ratings for various politicians, and so on.

The ridings that were surveyed are all ridings held by PC MPPs including: Scarborough North, Brampton South, Niagara West, Huron-Bruce, Durham and Glengarry-Prescott-Russell.

The questions related to “sex-ed” and “gender identity” are of particular interest.

An important question related to the teaching of gender identity theory in the Ontario classroom was asked. The question was: “The previous sexed curriculum included lessons that taught ‘Gender identity theory,’ that is, that there are many genders other than ‘male’ and ‘female’. Do you agree or disagree with teaching this to children in Ontario schools?”

The general voting public was divided right down the middle on this question in 5 of the 6 ridings (the exception being the majority francophone riding of Glengarry-Prescott Russell). This tells us just how successful the misinformation campaign of those promoting this unscientific teaching has been! With the public so divided on this issue, we have our work cut out for us.

Another interesting point: parents in 3 of the 6 ridings (Brampton South, Durham and Niagara West) were significantly more opposed to the teaching of gender identity theory than general population.

Most telling for the Ford PCs: among PC voters, the opposition to the teaching of gender identity theory in Ontario schools was overwhelming. By margins of two-to-one or even three-to-one, Ontario PC voters oppose the teaching which Doug Ford himself once dismissed as “Liberal ideology”. Even in the francophone riding of Glengarry-Prescott-Russell which seems to favour this teach, a majority of PC voters are opposed. This is no surprise to those who attended the November 2018 PC Policy conference, where PC delegates voted overwhelmingly against the teaching of gender identity theory. Those delegates, it seems, were entirely representative of Ontario PC voters.

If Doug Ford breaks his promise and fails to remove the teaching of gender identity theory from Ontario schools, he will be letting down the vast majority of his own supporters.

Please CLICK HERE for the research results by Mainstreet Research, and for the full breakdown of these six riding surveys.

The results are worth careful study. I will provide more commentary on them soon.