Ontario Cabinet Shuffle: Thompson OUT as Min of Education; Stephen Lecce IN 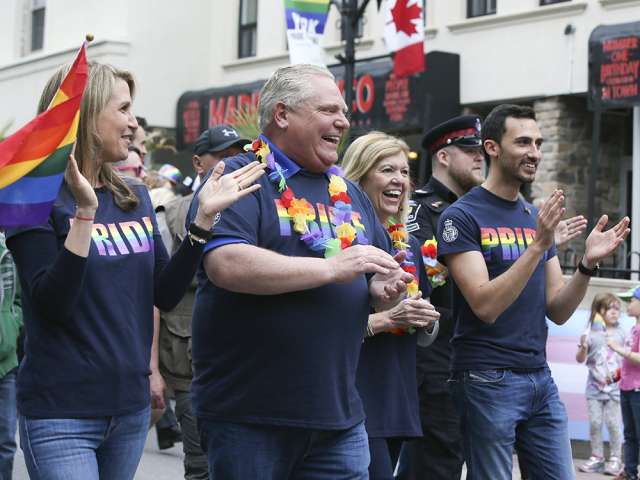 Lisa Thompson has – finally – been dumped by Premier Ford as Ontario Minister of Education.

For the past 51 weeks, Thompson – a holdover from the Patrick Brown era – did everything she could to make a liar out of Doug Ford and his promise to repeal and replace the Wynne sex-ed curriculum. After all was said and done, nothing was repealed. Thompson was especially obnoxious in her stubborn support for the teaching of the unscientific “gender identity theory”, again, making Doug Ford into a liar on this topic. Ford had earlier promised to stop the teaching of gender identity theory to Ontario children.

(And thank you to the many thousands of you who signed our ONLINE petition calling for Thompson’s removal as Minister of Education. Good work!)

Thompson has been replace by King-Vaughan MPP Stephen Lecce. Why is this bad news?

Let’s review what we know about Stephen as it may relate to his new portfolio.

FACT 1- Stephen Lecce endorsed Caroline Mulroney for Leader, the only candidate who openly supported retaining the Wynne sex-ed curriculum. Mulroney was supported by many of the most socially liberal members of the Ontario PC Party.

FACT 2- Stephen Lecce ignored the PAFE sex-ed petition. Do you recall last year when we submitted over 35,000 repeal sex-ed and gender identity petitions to Queen’s Park? Only two MPPs (Toby Barrett and Randy Hillier) presented and read the petitions aloud. Some politicians quietly tabled the petitions (meaning they – rather cowardly - just handed them over to the clerk without reading them).

According to our records, Stephen Lecce did absolutely nothing with the petitions. Not only did Lecce not present the petitions, he didn’t even bother to table them. This is not only an affront to the parents of Ontario, it’s also an affront to democracy.

So what does this change in Ministers mean for parents in Ontario?

Does Stephen Lecce have courage to stand up for Ontario’s children? Or is he just another politician who smiles, and does what he’s told?

Will the Wynne sex-ed finally be repealed after a year of waiting for Doug Ford to make good on his promise?

Will the new Minister of Education finally engage in a meaningful consultation process, which is targeted to parents, and not one which has been hijacked by “special interest groups” as Doug Ford himself decried?

Will Lecce eliminate the teaching of the unscientific Gender Identity Theory from classrooms, as demanded by the tens of thousands of parents who petitioned the government?

I’ll have more on this later…

PS: To support our important work, please make a donation to PAFE today.