Did Doug Ford Really Lie? Yes, Yes He Did! 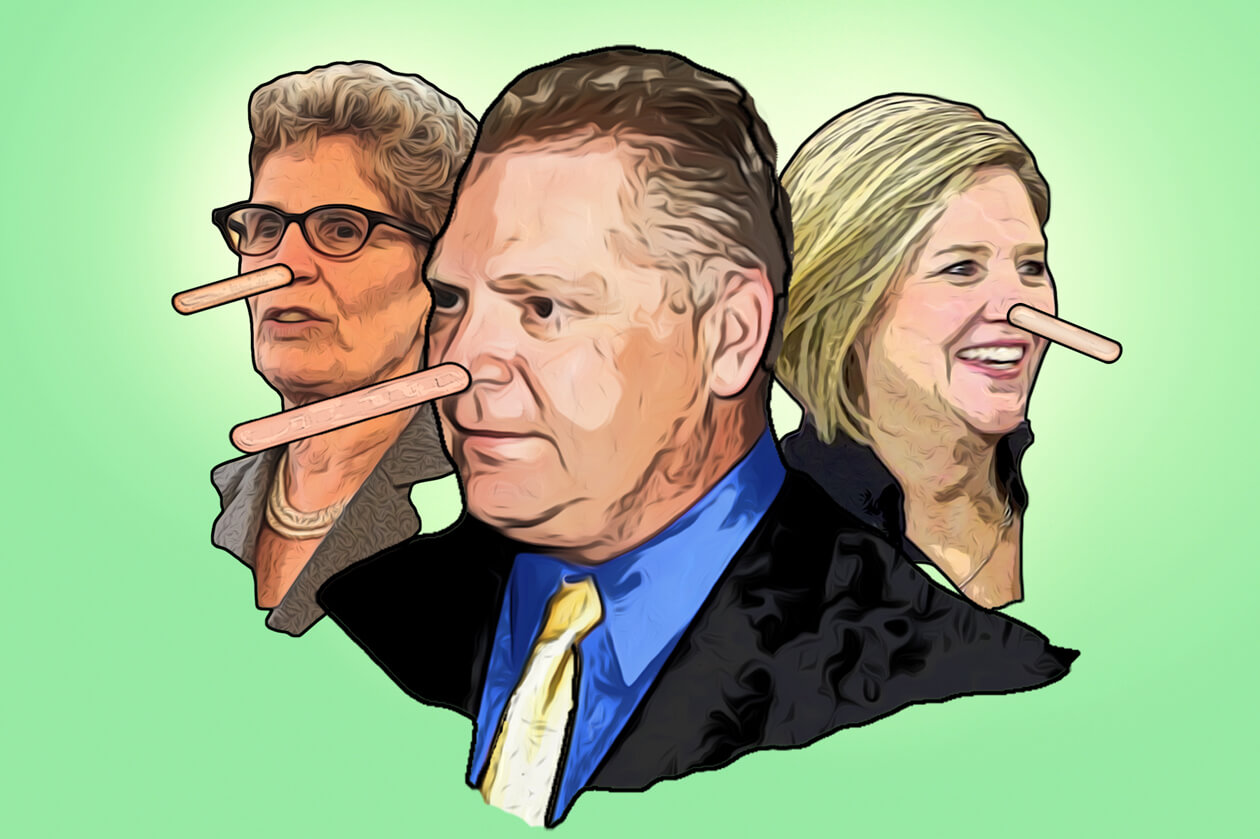 There has been a lot of media response on Doug Ford’s flip-flop on the Wynne sex-ed repeal, and for once, most of the media and I are on the same page; Ford’s “new” sex-ed is essentially the Wynne sex-ed, and he broke his promise to repeal it.

There were, however, a few interesting opinion columns on the sex-ed issue - some of which shed much needed perspective on this betrayal.

One such column was written by Brian Lilley for The Toronto Sun. You can read it by clicking here.

Lilley writes in response to the Ford government continuing to teach gender identity to children in schools: “Doug Ford is not now and never has been a social conservative but this move will be seen as a betrayal.”

I agree with Lilley. Doug Ford is not a “social conservative”.

But that is not why Doug’s move last week was seen as a “betrayal”.

Doug Ford is rightly being condemned by pro-family advocates because Doug Ford made a promise, proceeded to break that promise, but claims that he kept his promise.

This is why Ford’s flip-flop is being viewed as a “betrayal”!

Doug Ford promised to stop forcing “gender identity theory” on the students and parents of Ontario. Click here to see that video.

But Doug Ford lied, and children will be, for yet another school year, subjected to “gender identity theory”. A betrayal.

Doug Ford promised to “repeal” the Wynne sex-ed and he promised not to “flip-flop”. Click here to see that video.

But Doug Ford lied, and children will continue to learn ALL the topics of the Wynne sex-ed. Another betrayal.

For almost every day of the school year, in almost every grade, that is also simply not true. We know the Ford government has given carte blanche to teachers to teach any topic they like, at any grade, at any age. There is no “opt out” that will protect children from being exposed to age inappropriate material, and nothing preventing teachers from forcing gender identity theory on unsuspecting students in any grade, and there's no "opt out" from spontaneous class discussion. Click here to read the evidence. Doug is still lying. Another betrayal.

We know politicians tend to break promises (remember Patrick Brown 3 years ago?), and perhaps we’ve become used to this. But sometimes issues are so important – issues that deal with our children – that voters expect our elected officials to actually keep their word.

The education and indoctrination of Ontario’s children is one such example.

When Doug Ford said he was going to repeal the Wynne sex-ed and that he’d keep his word, parents needed him to do just that.

That’s a harsh phrase, but it is exactly what Doug Ford has done. He has lied.

So, yes Brian Lilley, we knew that Doug Ford wasn’t a social conservative. But that doesn’t mean he had to break all of his promises to Ontario parents. But Doug Ford has broken all of them, and THIS is why we are calling him out for his “betrayal”, and “promise-breaking”, and lies.

And what can you do to make sure he doesn’t get away with it?

More on that later…