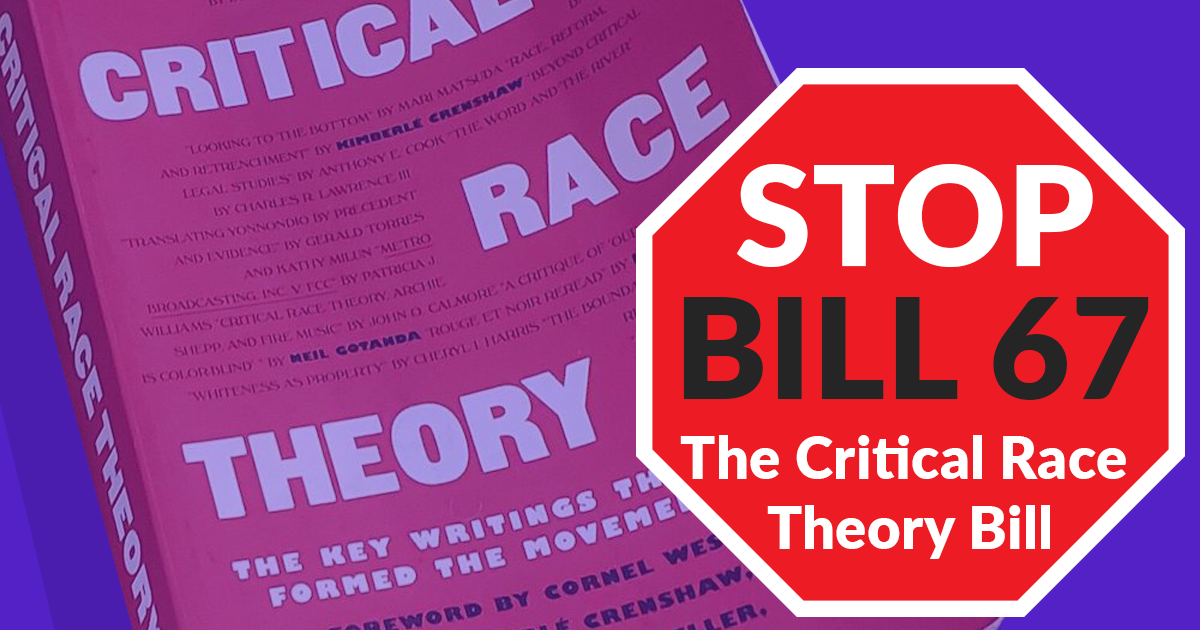 Activists who push the radical pedagogical movement of “critical race theory” (CRT) claimed a major victory on March 3, 2022 as Bill 67, the Racial Equity in the Education System Act, received nearly unanimous support in the Ontario legislature.

What is critical race theory?

While the pushing of CRT into education in the United States has given rise to much controversy and parental pushback, in Canada far too many are oblivious to CRT’s insidious nature, and the threat it poses to the education of children.

They hear terms like “anti-racist” and “equity”, used heavily in CRT literature, and assume that these are worthy goals, not realizing that in practice, “anti-racism” is profoundly racist, and “equity” has nothing to do with racial equality.

Tom Blackwell’s National Post article on CRT in Ontario schools provides a valuable perspective, and finds that CRT has already infiltrated Ontario education to the extent that a Hamilton Wentworth District School Board guide advises that Grade 2 and 3 students should be taught that:

“Race is a made-up social construct to uphold European and white standards, and not an actual biological fact.”

In a must-see video Professor Jordan Peterson calls Bill 67 the most pernicious and dangerous piece of legislation that any Canadian government has ever put forward, because it will subvert the entire Ontario education system to radical leftist doctrines, and because it is based on the idea that all our institutions are racist, sexist, and discriminatory by nature.

You see, CRT deliberately negates the integrity of the individual and eschews the virtues of talent, work ethic and personal excellence, reducing everyone to being a member of one race or another, and judged only on that criterion.

As Peterson explains, the “critical race theory” that informs Bill 67 views history as an ongoing war between identity groups, dismissing the idea of the free and sovereign individual.

This means that under Bill 67, no staff or student in any educational institution can be seen as anything but a member of a particular race, sex, or gender, or sexual orientation. 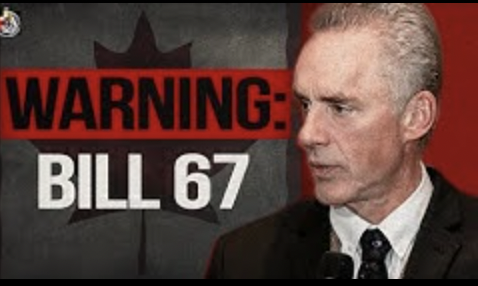 If Bill 67 passes it will not only degrade the educational integrity in Ontario for decades to come, but it will have a ripple effect on the rest of Canada as other provinces will surely follow suit with their own versions of the bill.

The explicitly racist ideology inherent in Bill 67 will punish and divide all students while fomenting hate and resentment among them.

It is a sign of a cultural sickness and decay, embraced by power-seekers who wish to undermine parental authority while endlessly dividing communities against one another.

Who's fighting this law?

Perhaps the most disturbing aspect of the Bill 67 story is that this corrosive approach to education was fully supported by all the major parties, including the ruling Progressive Conservatives!

The fact that the Ontario Progressive Conservative government voted in support of it indicates the complete inability of that supposedly “conservative” government to see the dangers of this legislation.

Only Belinda Karahalios of the New Blue Party voted against it.

Rick Nicholls of the Ontario Party voted in favour of Bill 67.  We were as shocked as you are, but we note that he has since publicly expressed his regret at not fully understanding the issue, and has vowed to oppose it from now on. For our report on second reading, see our emailer from March 9, 2022.

We now have only two Ontario MPPs opposed to this impending tragedy.

As Peterson says “Wake up, Canadians, before you do yourself and your children irreparable harm!”

We need your help!

Bill 67 still needs to be put to a final vote. There is still time to fight it, but we need to ACT NOW!

The bill has been referred to the Standing Committee on Social Policy.

Protect our children from the toxic tentacles of Critical Race Theory