An Update on the Ford/Wynne Sex-Ed 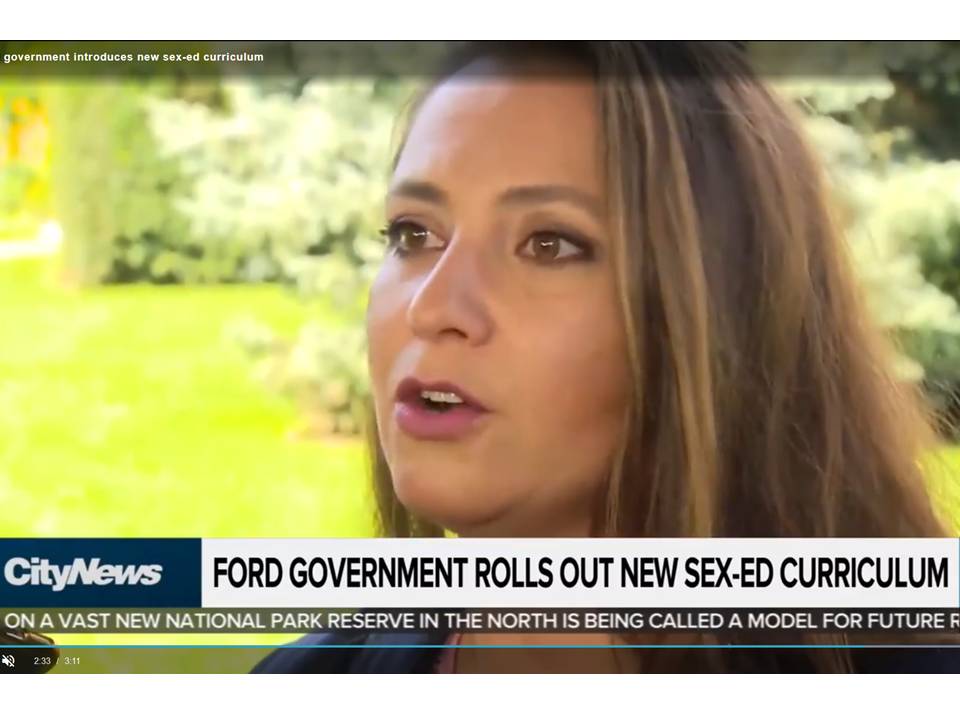 For once the media and I agree! Here are some headlines and a few quotes on what’s going on with the sex-ed in light of yesterday’s announcement:

On sex ed, Doug Ford proves (once again) he loves to backtrack

"What a mess, and seemingly for nothing: today, the Ministry of Education has unveiled a curriculum almost identical to what Kathleen Wynne’s Liberal government rolled out four years ago. Sexual orientation is a topic in Grade 5. Gender identity and expression are tackled in Grade 8, two years later than the 2015 curriculum, but still there. Consent, sexting, the proper names for genitalia – it’s all on the list." - Denise Balkissoon, The Globe & Mail.

“Doug Ford promised to ‘repeal’ the Kathleen Wynne sex-ed curriculum, but this new curriculum is simply another version of the Wynne sex-ed,” social conservative Tanya Granic Allen, president of a lobby group called Parents as First Educators, said in a statement Wednesday.

“Promise made, promise broken,” she added. – The Toronto Star

I did several news interviews yesterday, and here’s a video link to one I encourage you to watch. Click here to watch the CityNews video clip.

Towards the end they have a brief interview with me, followed by Charles McVety. Pay close attention to what Charles McVety says:

"The real power here is that a parent now can have their child opt-out of the program. They must give 15 days notice.

Gender fluidity - sure it’s still there, but all the parent has to do is sign a note and say 'No, not with my child.'”

Well, Charles McVety is misinformed. In fact, I don’t think he has been following this issue all that closely.

Let me actually tell you what is going on.

Yes, there is now an opt-out, but it is of no value. Why? Because as the government revealed in January, Ontario teachers can teach ANY topic of sex-ed at ANY grade level. The curriculum grade “targets” are only for when the student can be examined.

For example, it isn’t until grade 7 and 8 that children are expected to learn and be tested on gender identity theory; however a teacher can talk about gender identity all s/he likes, at ANY GRADE.

The government's position is that teachers can teach anything they like at any grade. This was the government’s central argument that allowed them to win their case against the teachers in January 2019.

As you just can see, no “opt-out” will protect your child from a teacher who wants to teach things like gender identity theory on a day other than the assigned formal day scheduled for that teaching. And, as the government pointed out in their memo for the opt-out to school boards, “Exemptions will be granted only for instruction related to all the Human Development and Sexual Health expectations in a student’s grade”. Gender Identity theory isn’t expected in Grade 1, but the government has given teachers carte blanche to teach it then. But the exemptions will not be granted for that.

What is required is for the Minister of Education to explicitly tell teachers not to teach this material, and, sadly, this is exactly what the Government refuses to do. The opt-out is smoke and mirrors. It’s a lie.

I have been working closely on this issue for over three years. I have carefully monitored any progress or regress made on this issue. I believe you deserve the clear facts, and not smoke in mirrors which is what this government announced yesterday.

I repeat – there has been NO repeal. The Kathleen Wynne sex-ed will continue to be taught. Doug Ford lied.

More to come in the days ahead…