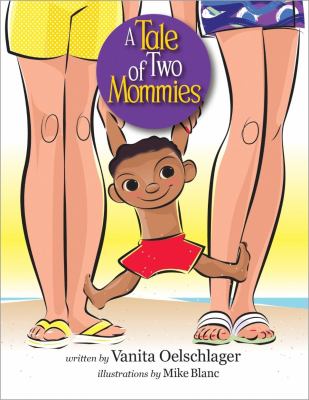 An activist teacher in the Toronto Catholic District School Board (TCDSB) has stirred up controversy by boasting on his Twitter feed that he is reading pro-homosexual books and books about gender expression to Grades 5 and 6 students.

Paolo De Buono, a teacher at St. James Catholic School, tweeted recently that he reads books such as “A Tale of Two Daddies” and "Sparkle Boy" to his young students and referenced the board’s Code of Conduct.

De Buono was one of the activists behind the TCDSB adding the terms “marital and family status, gender expression and gender identity” as prohibited grounds of discrimination to its Code of Conduct. 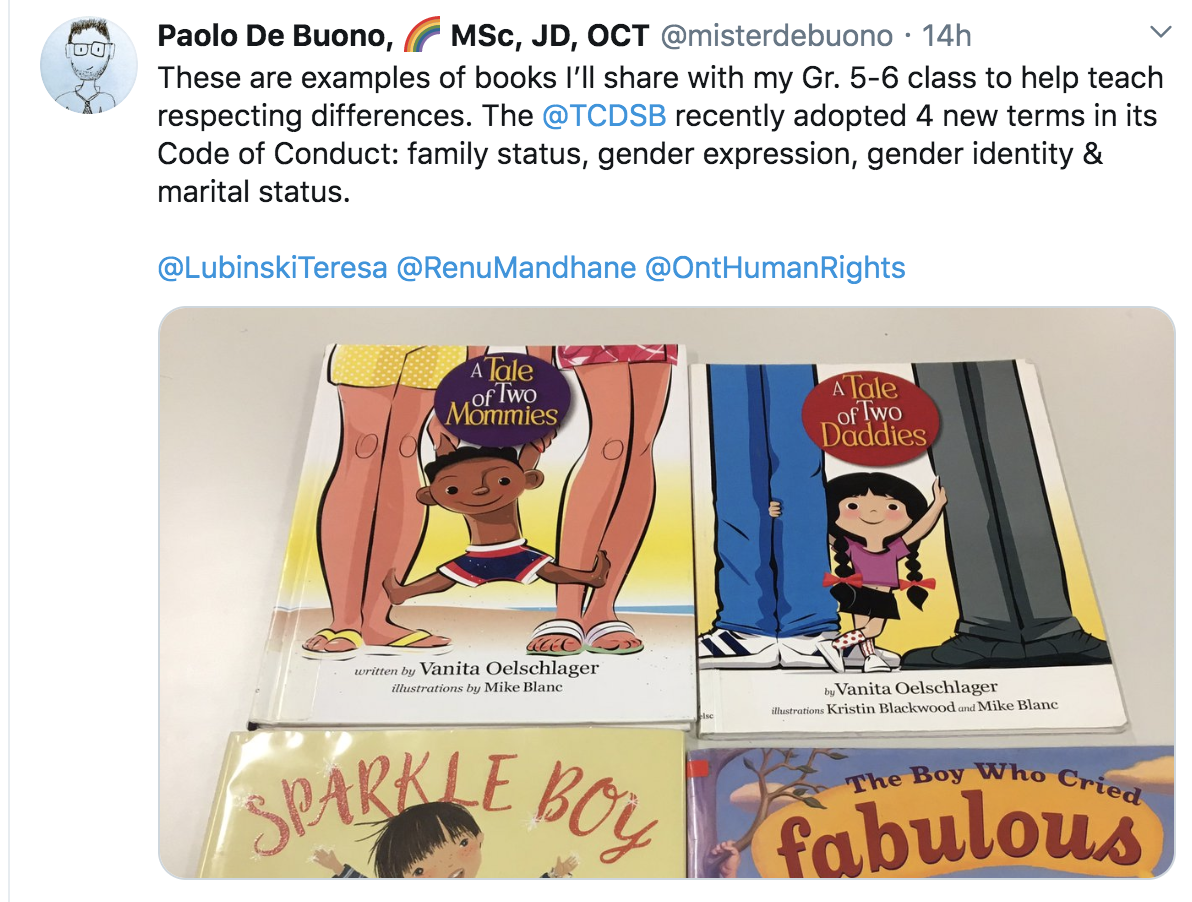 The “carte blanche” the Ford government gave to teachers when teaching sex education is also responsible for De Buono exceeding what is appropriate to teach in the classroom.

Tanya Granic Allen, past president of PAFE, commented on Twitter about De Buono’s actions: “The Doug Ford government gave activist teachers carte blanche to teach anything they like, at any time, when it comes to sex-ed. Ontario's children are pawns in a game of political correctness for this government.” 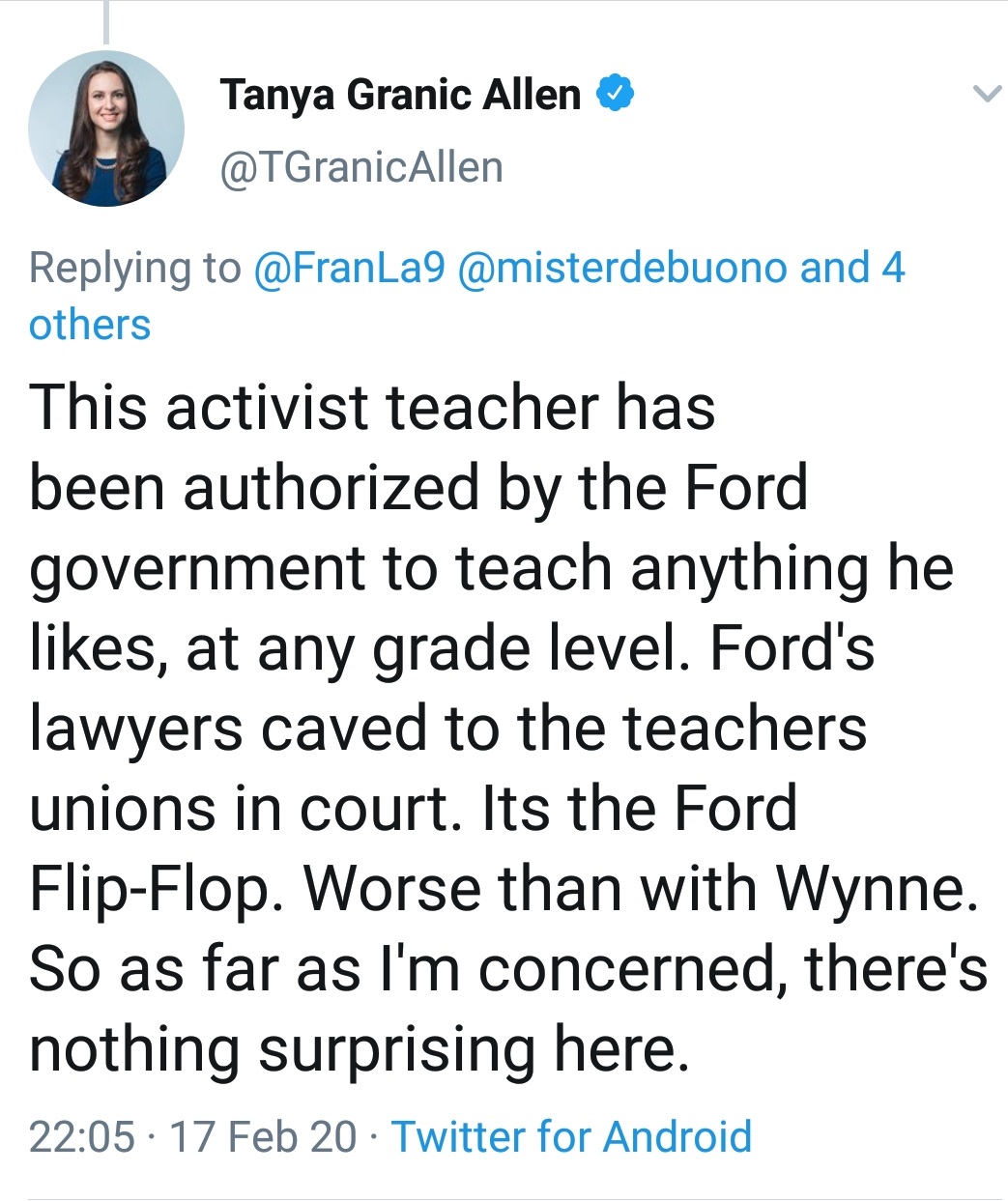 De Buono’s actions are exactly what critics of including gender identity in the sex education curriculum or school board discrimination policies were concerned about. Activist teachers now have what they view as support for ramping up their activism in the classroom.

De Buono reading to children about same-sex families is inappropriate given the Church's teachings on sexual morality and same-sex marriage, and an affront to parents who expect that their children attending a Catholic school will receive a Catholic education. 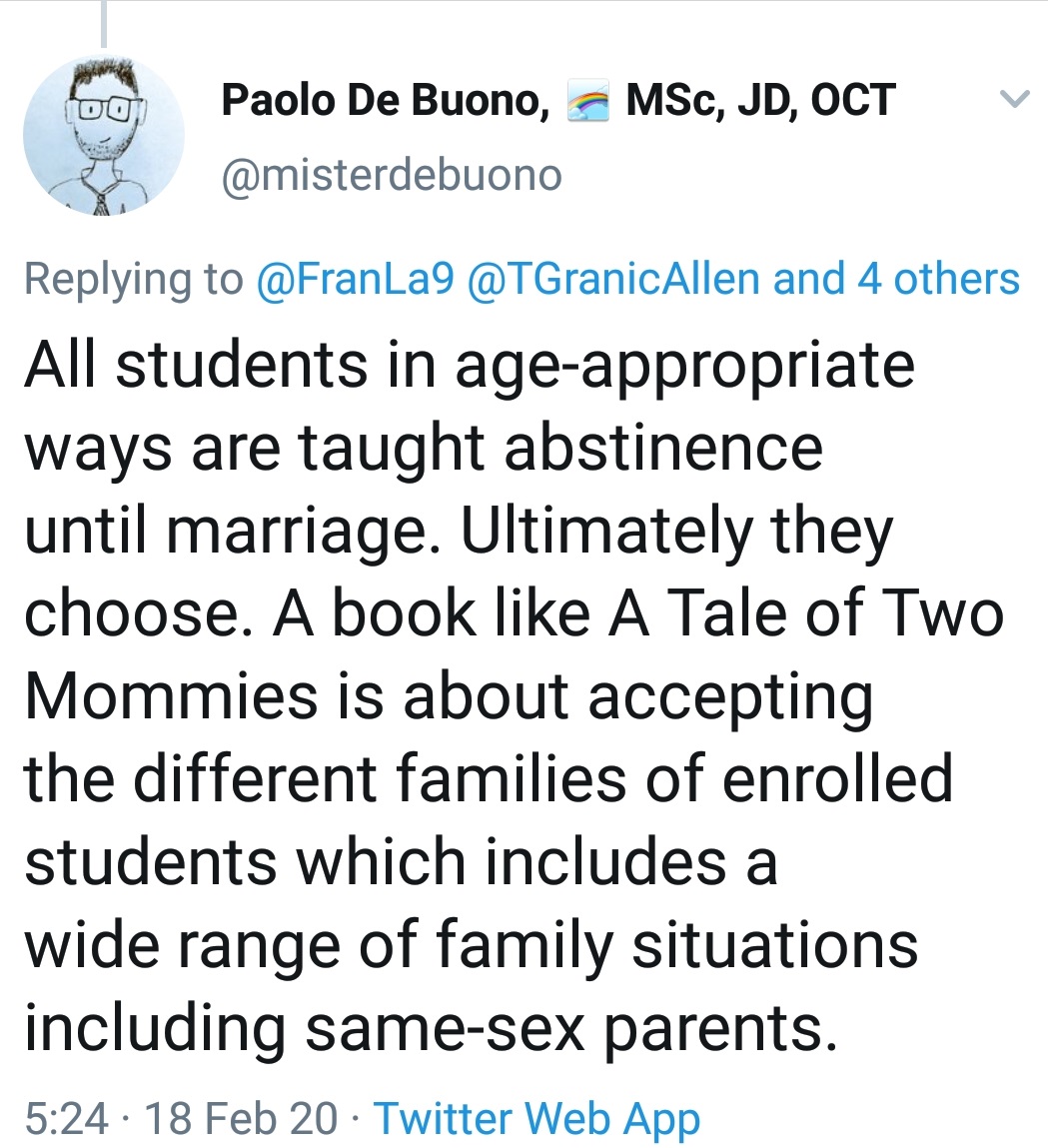 As a teacher of children in the Catholic school system he can do a great deal of harm, and the Ford government and the school board are enabling him.

This episode illustrates the need for the new PAFE Sex-Ed and Gender Identity Exemption form.  The Ford "opt-out" is a sham as it doesn’t cover classes like this outside of sex-ed class.  But the PAFE form covers sex-ed class as well as other classes and school events.