'Twas the Night Before Christmas 2017 by PAFE 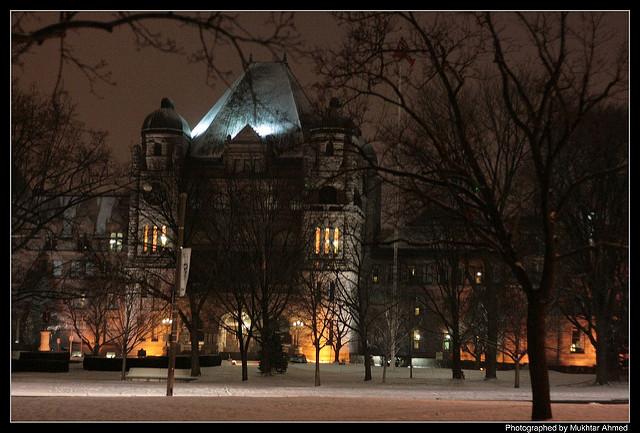 As a token of our appreciation for your support, we present you our politically-playful version of a Christmas classic:

‘Twas the night before Christmas when all through Queen’s Park,
Not a single party leader had been good, nor left a good mark.

Kathleen Wynne was Premier although polls showed her dead,
While visions of another term danced in her head.

Patrick Brown, so he thought, would be the Premier of choice,
But PAFE said he wasn’t factoring in the parental voice.

When out in the Legislature arose such a clatter,
Wynne introduced Bill 28, without nearly a natter.

Queenie Yu said: “Hold On! Something surely isn’t right!”
“A child can have four parents? This is something to fight!”

She made her case to the media and got many people on side,
To the Legislative Committee she was invited and testified.

But Patrick Brown couldn’t be counted on to make opposition,
He was apparently content to support Wynne by submission.

Bill 28 passed without a single voice of dissent,
Our MPPs lack courage is what that vote truly meant.

Tanya said: “Never again can we allow this to have occurred,”
“That not one ‘Nay’ is recorded”, Queenie nodded and concurred.

Gender ideology is what Wynne was determine to enshrine,
So Minister Michael Coteau drafted Bill 89.

At the bill’s second reading Brown forced all to vote for it,
PAFE was then determined to change the PC vote on it.

A petition was launched, and thousands did sign it,
Tanya and Queenie went on tour to discuss the Bill and malign it.

From Ottawa to Essex and from Walkerton to Scarborough,
Ontarians lobbied their MPPs and told them clearly to vote NO!

Then Jack MacLaren crossed the floor, almost out of the blue,
He said: “No more will Patrick muzzle me or tell me what to do!”

MacLaren declared his opposition to Bill 89,
And soon others followed, one by one, in a line.

Now Yurek! now McNaughton! now Nicholls! and Martow!
On Oosterhoff, On Barrett, On Harris and Coe!

The lobbying paid off, as the PCs finally acted as they should,
And finally opposed Wynne’s latest attempt at no good.

How did Patrick Brown vote- did he find his voice?
He was absent and soon will regret that bad choice.

Tanya and Queenie weren’t surprised as they knew Brown was weak,
When it came to parental rights, and to standing up, so to speak.

Plus Brown’s PCs were knee-deep in many a nomination mess,
Voter tampering? Ballot box stuffing? Someone ought to confess!

From Hamilton West-Ancaster-Dundas to Scarborough Centre to Ottawa,
The PC Party was accused of cheating, corruption and breaking the law.

Who would save the PC Party and hold the PC Executive to task?
Jim Karahalios and Take Back Our PC Party was the best we could ask.

The movement gained momentum and gathered signatures galore,
To demand a special meeting to fix the PC Party and perhaps more.

But Bob Stanley couldn’t take the pressure and feared the protest,
“Revoke Jim’s membership!” he insisted with zest.

At the PC convention, Jim was denied access that day,
And the grassroots soon found out, and demanded a say.

“Is this the new way the PCs handle opposition?”
“To revoke memberships without the tiniest of discretion?”

Democracy is a cause for which men and women have fought,
So they could stand up for their families and vote one way or not.

Tanya and Queenie keep fighting for what’s right,
But because their opponents are relentless, they barely sleep at night.

There’s so much to do! How can they cope with their task lists?
They must mobilize more supporters and train more activists!

Join in the fight for the family against Wynne and Brown,
And ensure those with anti-family policies are brought down.

Give generously so Tanya and Queenie can represent you right,
"HAPPY CHRISTMAS TO ALL, AND TO ALL A GOOD-NIGHT!"