Posted by Teresa Pierre 2953sc on

There is something else which concerns me about Matt Bondy: his support for the cancelling of Derek Sloan.

Derek Sloan and Leslyn Lewis did a terrific job representing social conservatives in the last CPC leadership—garnering 35% of the total ballots cast! It was a tremendous accomplishment for the pro-family movement.

Sadly, just last month, CPC leader Erin O’Toole caved into the radical left pressure to remove Derek Sloan from the Conservative caucus on a ridiculous trumped-up charge that among one of Derek’s 13,000+ donations was one from a racist, thereby Derek had to be a racist. Of course this is silly thing to believe - Derek himself is in an interracial marriage.  It was later revealed that even the Conservative Party themselves accepted money from this donor, and even gave him a party membership, and allowed him to vote! Grassroots Conservatives - even some establishment and lefty “red Tories”- immediately jumped in to defend Derek and his family from this as everyone could see that this was yet another attempt by the biased media to make Conservatives looks bad. Sadly, Erin O'Toole "took the bait".

So what does Matt Bondy have to do with this? While many of us could smell a set-up, Matt Bondy took this opportunity to pile on. He chose to take to Twitter to show his true colours by piling on Derek Sloan. He “liked” a tweet where someone referred to Derek Sloan as “garbage”. I don’t know about you, but to me, referring to someone “garbage” is hardly a Christian virtue. I was both sad and disappointed to see that Matt Bondy supported this attack on Derek Sloan. (Oh, and Patrick Brown also “liked” that tweet too. Remember him? Not exactly the sort of company I would want to be in.) 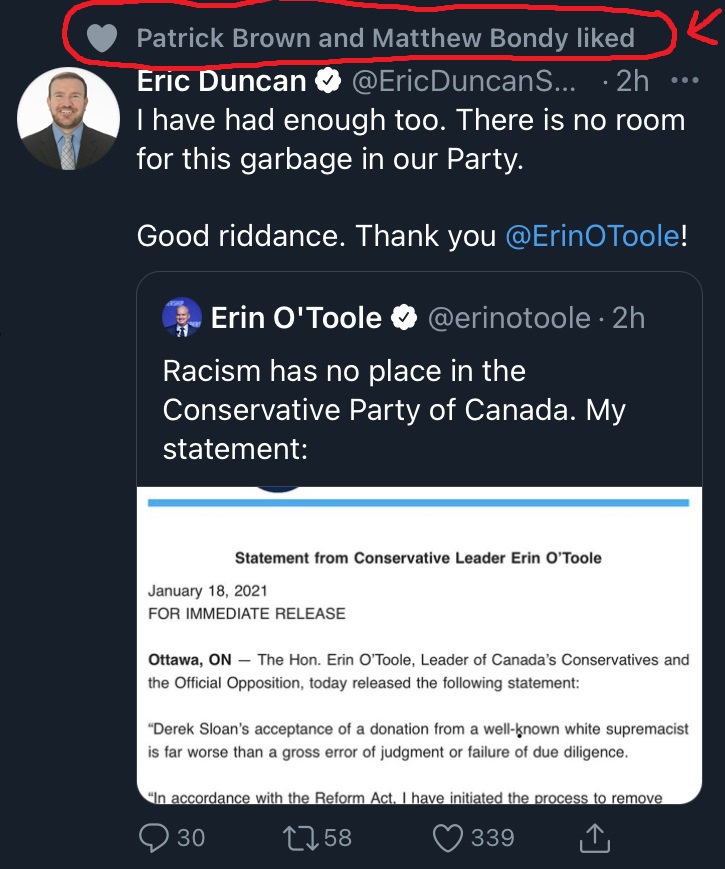 The good news though, is that we know Carlene Hawley will stand up for what is right, and Carlene doesn’t believe in cancel culture, or calling MPs “garbage”; we support her all the way!

We know Carlene is strong on parental rights, strong on family values, and strong on community roots. She will make a great MP.

When you receive your emailed ballot to vote (voting will be Feb 21-23) in the CPC nomination in Kitchener-Conestoga, please vote for Carlene Hawley.