Parents' monthly protest in the news! 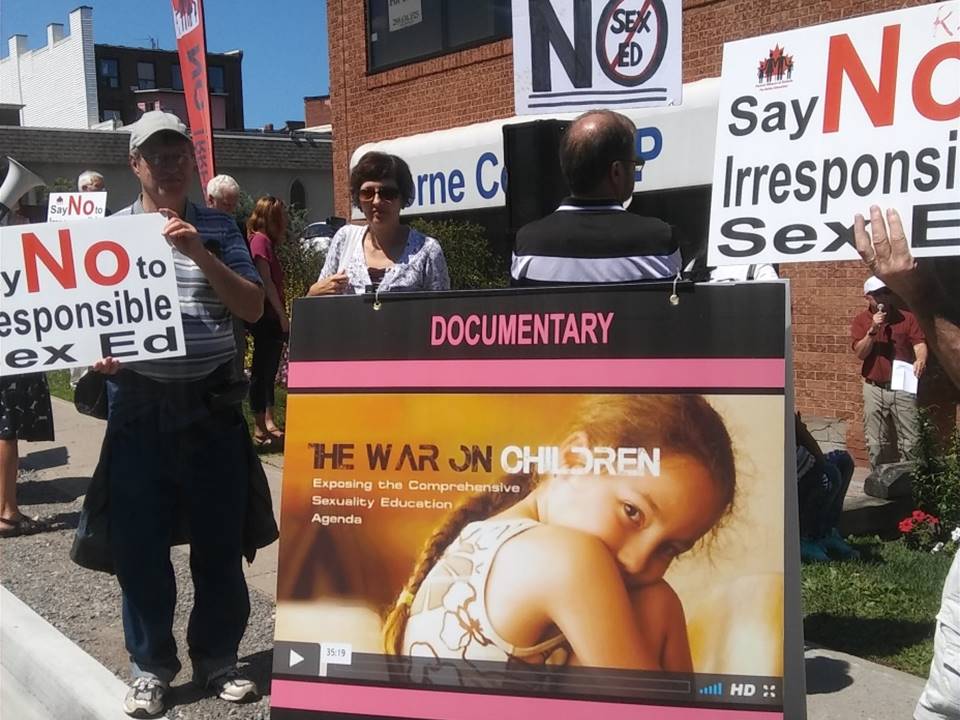 This past Tuesday, Queenie Yu and I stopped by the monthly Durham region sex-ed protest. We, along with Jack Fonseca from Campaign Life Coalition, were invited to say a few words to the parents, grandparents, and others gathered in protest outside of Whitby-Oshawa MPP Lorne Coe’s office. To see the video of our speeches, click here.

A reporter made reference to the protest in a Queen's Park Briefing article yesterday. To read the article, click here.

Why do these supporters keep showing up month after month? They do it because they love their children, grandchildren, nieces and nephews; because they want a good future for Ontario’s children; because they know how destructive and inappropriate the Wynne Sex-Ed Agenda really is.

It’s why these parents show up rain or shine, in the sub-zero temperatures in February, or the hot sun in July (ok, maybe not so hot this summer).

My point is these parents and grandparents are using their voice and demanding their MPP stand up for families.

And guess what? It makes a difference!

In June, their MPP finally voted the right way on the final reading of Bill 89 after previously voting the wrong way.

Also, in Queenie's speech she mentions that what we did in last summer's Scarborough-Rouge River byelection reached British Columbia! We made such an impact even though we had a fraction of the resources that the Liberals, PCs and NDP have. Imagine what we could do if you were to help out more! Please support us with a donation today.