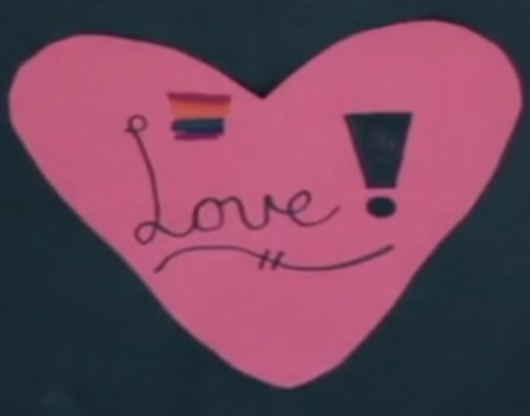 Courtesy of the the Doug Ford government, which failed to repeal his predecessor’s gender-identity-laden sex-ed curriculum, we now have presentations from LGBTQ activist groups going on in Catholic schools, even grade schools!

A group called GetReal came to Father Michael Goetz Catholic Secondary School in the Dufferin Peel Catholic District School board on November 14.  GetReal describes itself as “a Canadian non-profit focused on combatting 2SLGBTQ+ discrimination and promoting acceptance in schools, summer camps, and workplaces.” They make school presentations to students in grades 4-12. 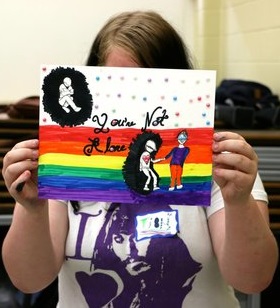 Presenters included a lesbian and a transgender male called Jonas. They both stated that in their childhoods, they were interested in, and performed, activities associated with the other gender. The lesbian said that she preferred doing things with the boys and that only in university did she realize she was a lesbian. Jonas said that as a child he always felt uncomfortable in his own skin but could not understand why.  After their presentations the speakers took questions from students.

If you would like to ask the school principal why he chose to allow a presentation promoting gender identity theory to the school, contact Tony Coccimiglio at 905-277-0326.  Please let us know how the call goes by contacting us at teresa@pafe.ca or 416 762-7233.

GetReal is scheduled to appear at St. Anthony of Padua primary school in Thornhill in the York Catholic School Board on December 17. If you have concerns about this group presenting to the school, please call the school’s principal, Christopher Zitoli, at 905-889-7420.  And then let us know at teresa@pafe.ca or 416 762-7233.

Please write to the Chair of the Trustees at both boards and say that the board is failing to support Catholic teachings by allowing gender identity theory to be presented in schools.  Remind them that a recent statement from the Archdiocese of Toronto states that Catholics can never endorse such gender theory.  Catholics must reject the view of the person that underlies terms such as gender identity since that view “is not compatible with our faith.”

We know you appreciate receiving timely information that helps you to protect your children and your family values.

This holiday season can you take a moment to make a donation to PAFE?

Can you help us by becoming a monthly donor?

There are 3 ways to enroll as a monthly donor:

2. By CHEQUE via mail: Please send us a signed letter with the amount you wish to donate monthly, and enclose a void cheque. Mail it to: