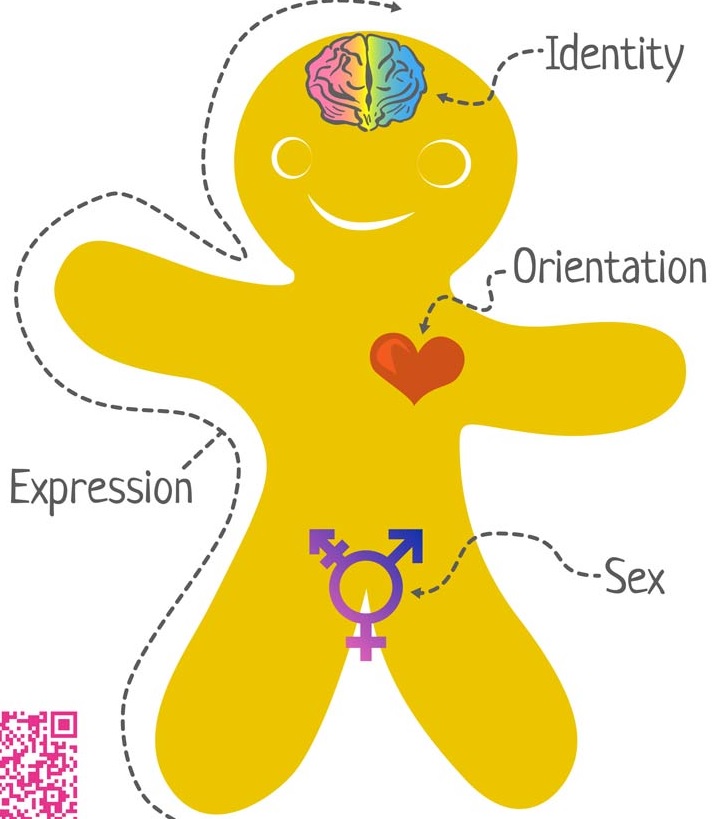 Despite warnings from concerned parents, the Waterloo Catholic Board went ahead with allowing LGBT activist Kevin Welbes Godin to make his presentation to teachers at its Spiritual Development Day Dec. 6.

Godin’s history of presenting the Genderbread person graphic at his presentations should have been enough to cancel the lectures beforehand.

Godin and his co-presenter began with the distribution of a children’s book promoting same-sex marriage, called Worm Loves Worm, and included discussion of the Genderbread person which explains how gender ideology works.

“WHEN A WORM meets a special worm and they fall in love, you know what happens next. They get married! But their friends want to know—who will wear the dress? And who will wear the tux? The answer is: it doesn’t matter. Because Worm loves Worm.”

Clearly a book endorsing same-sex marriage has no place in a presentation to Catholic teachers.

What’s wrong with the Genderbread person resource?  The resource proposes that we construct our gender identity in our heads and that gender is not binary.  This resource is opposed to Catholic teaching which teaches that there are two sexes, and that we cannot reduce the human person to solely our sexual attractions and feelings.

Please write to the Director of Education and all trustees of the Waterloo Catholic Board and demand that they never invite Kevin Welbes Godin or other similar LGBT activists to address the board again.

Since Director Loretta Notten allowed this presentation to go forward even though she was presented beforehand with ample evidence that it would likely go off the rails, the only possible conclusion is that she approved of the resources being distributed.

This places her at odds with the board’s policy 4.1 on General Executive Limitation that states that “The CEO shall not cause or allow any practice, activity, decision, or circumstance in the organization that is unlawful, imprudent, unethical, or contrary to the teachings and traditions of the Catholic Church.”

Please write as soon as possible to the Director of Education and all Trustees at the Waterloo Catholic Board:

Please let us know that you have contacted the Director and the trustees by emailing teresa@pafe.ca or leaving a message at 416-763-7233.