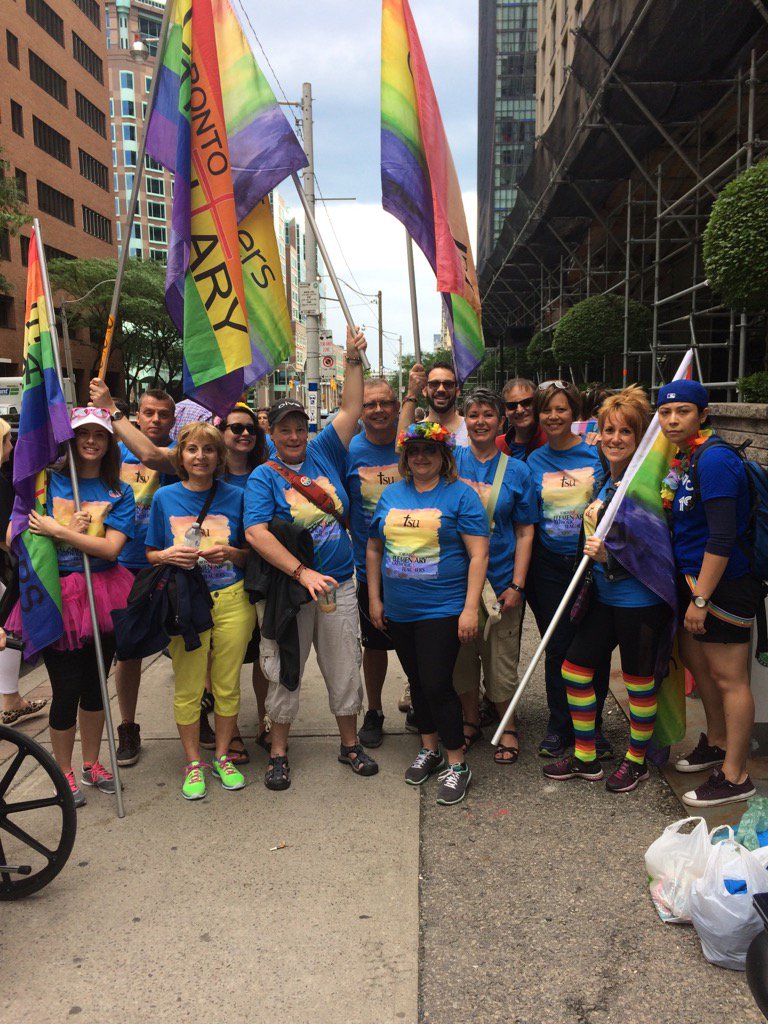 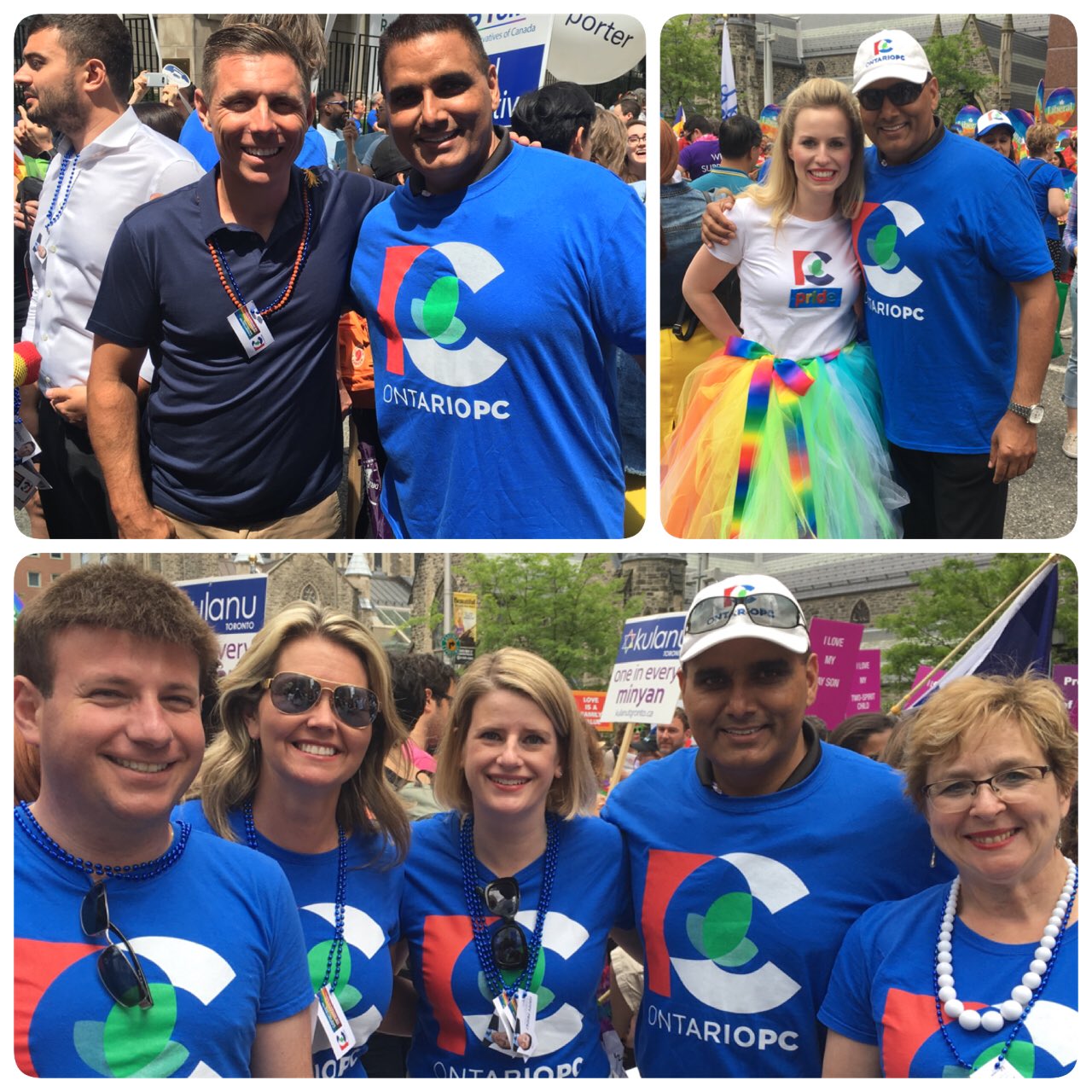 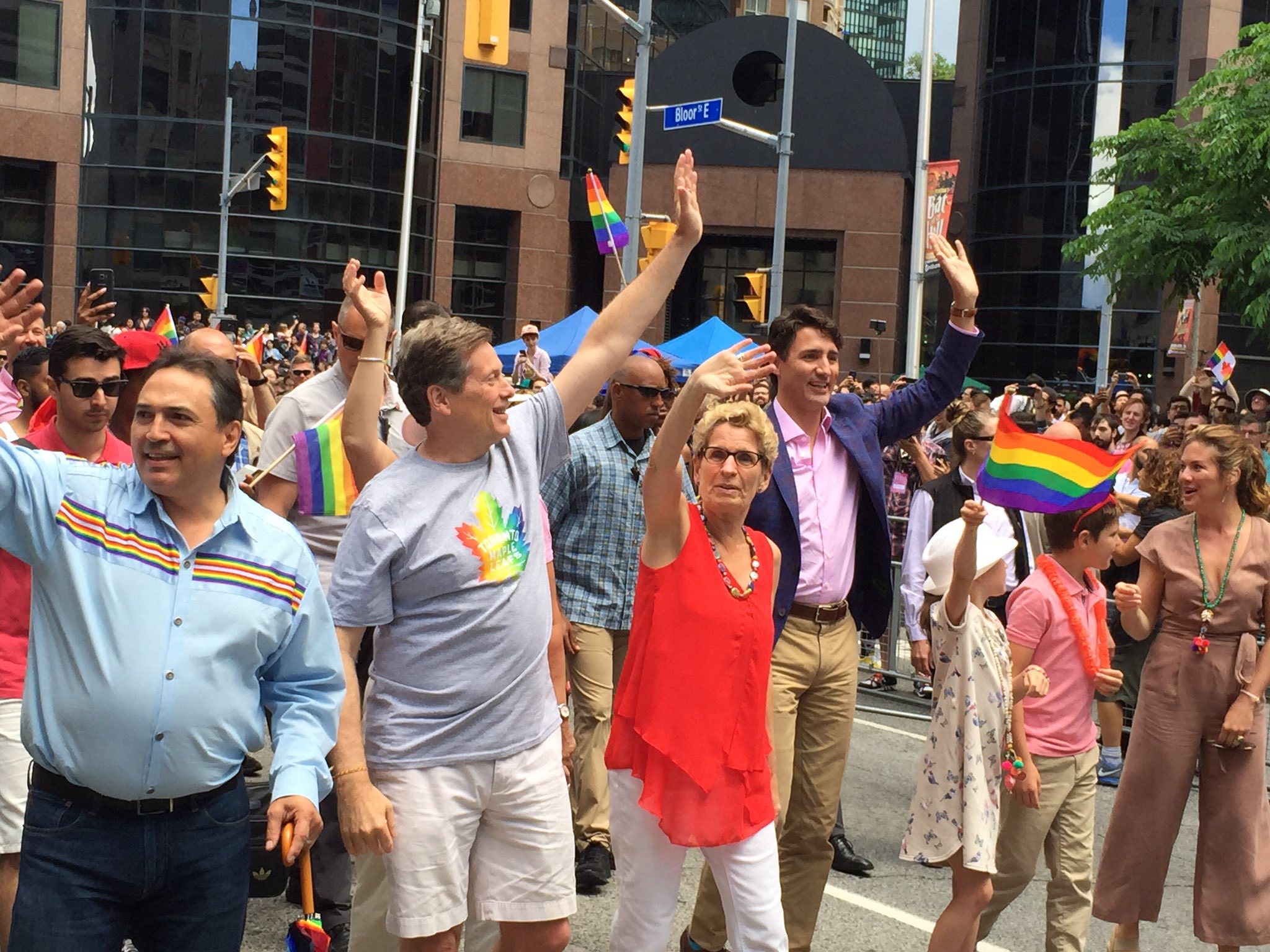 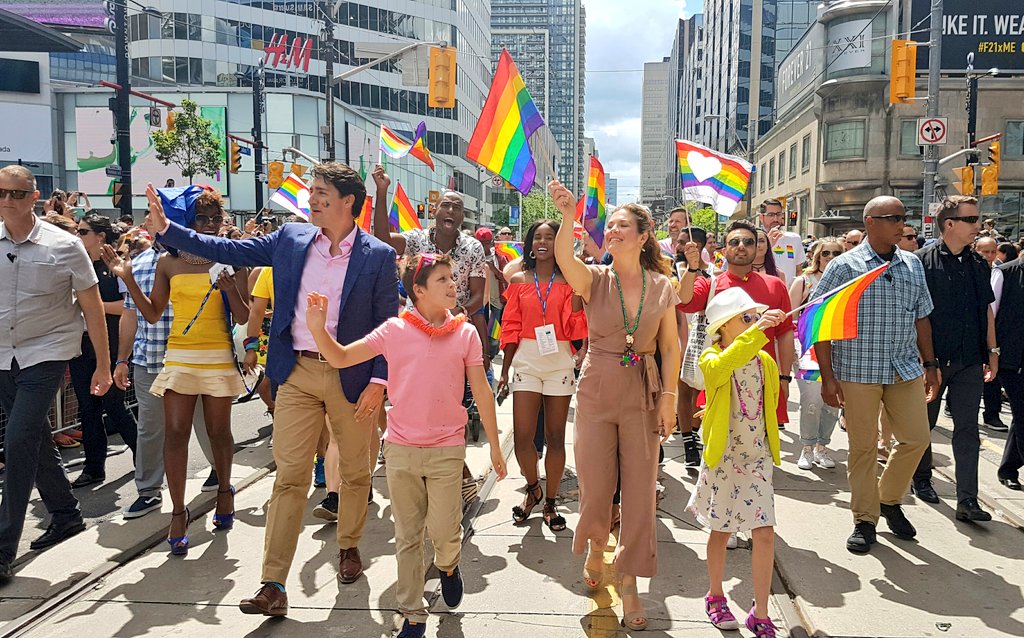 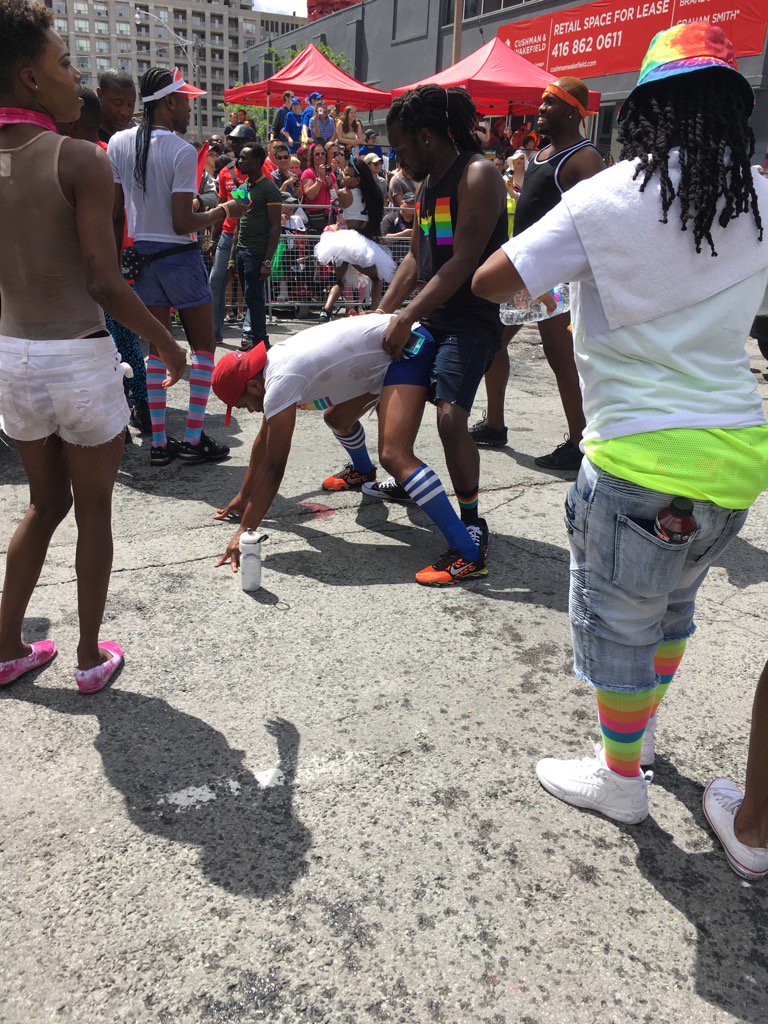 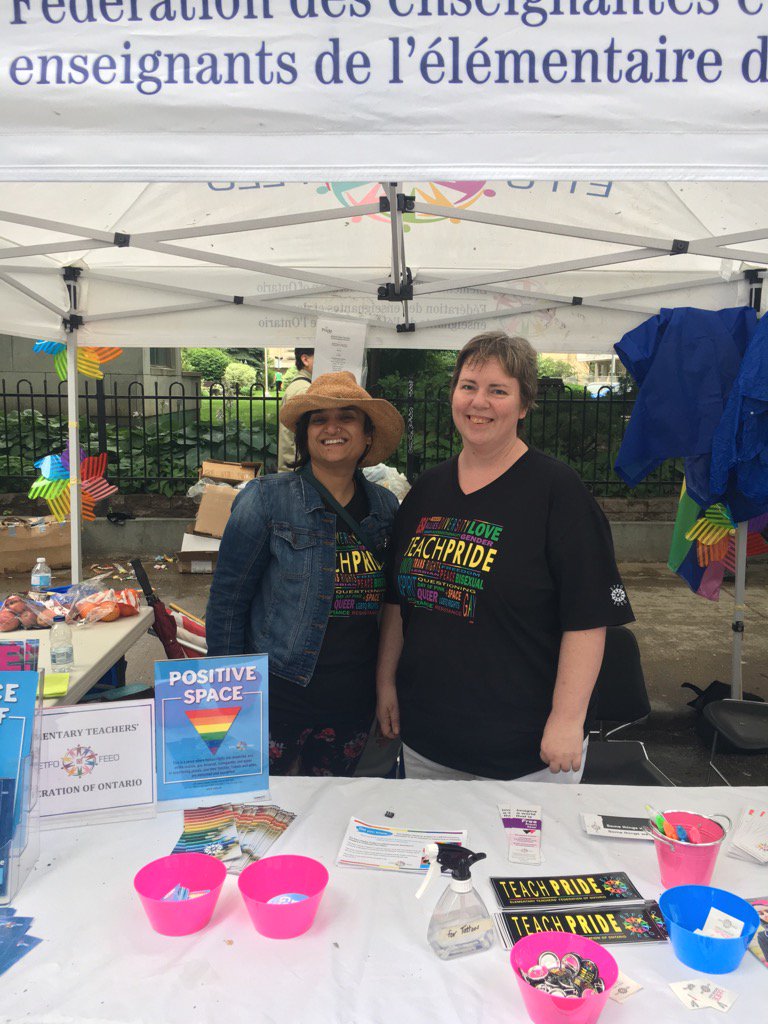 Elementary Teachers Federation of Ontario and their booth at the parade. 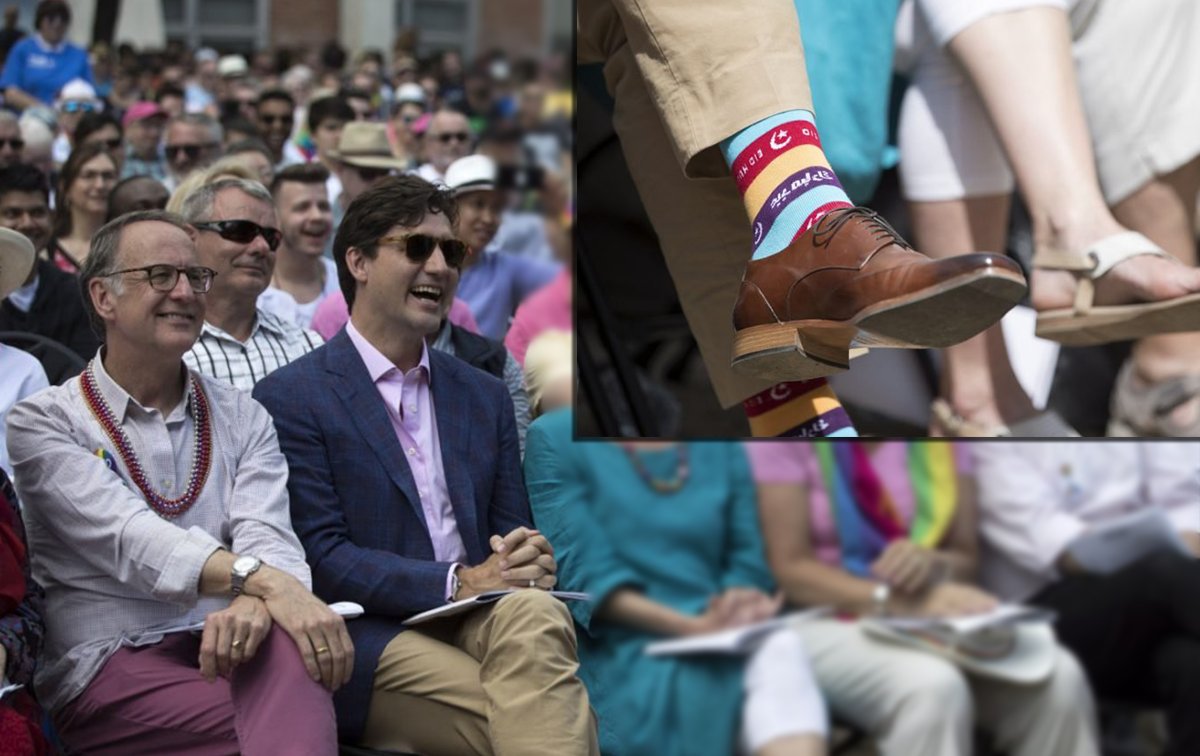 MP Rob Oliphant, PM Justin Trudeau,  and an enlarged picture of Trudeau's socks from an event earlier that day. 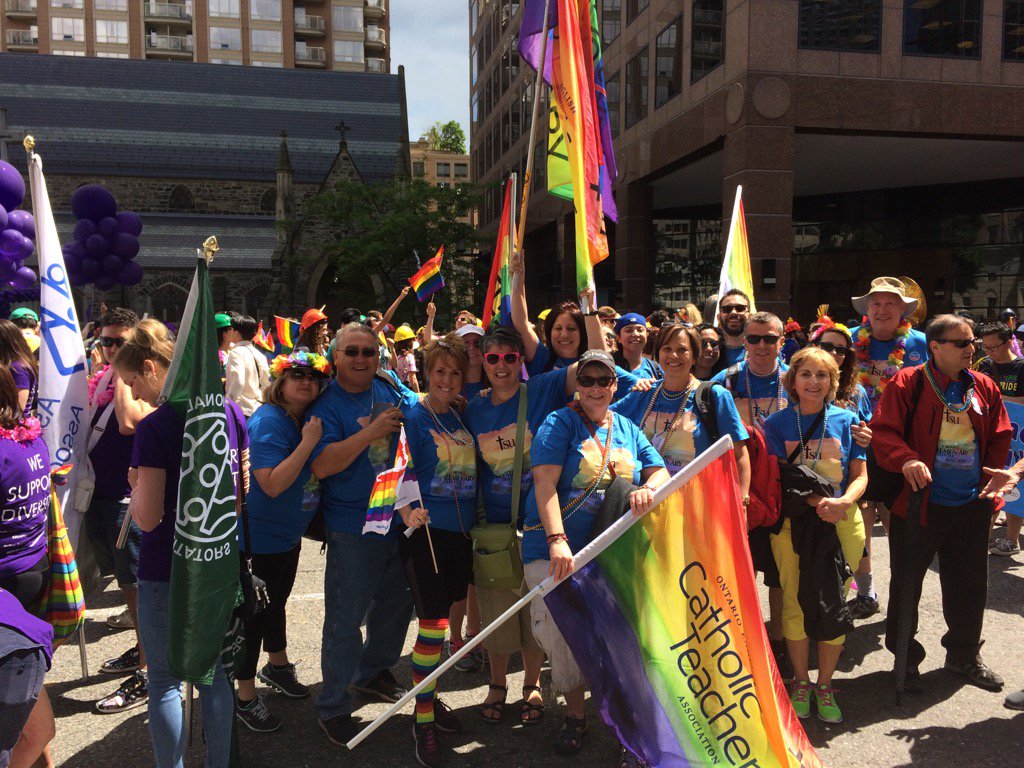 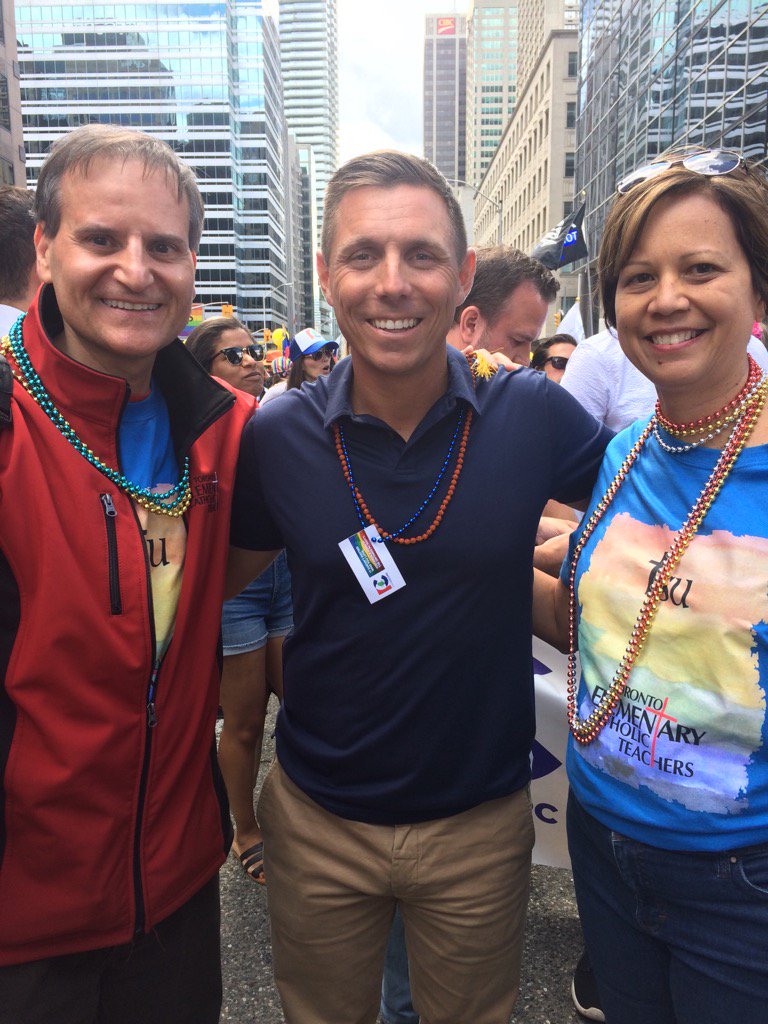 Patrick Brown with past president, and current president Patricia Minnan-Wong of the Toronto Elementary Catholic Teachers unit of OECTA. 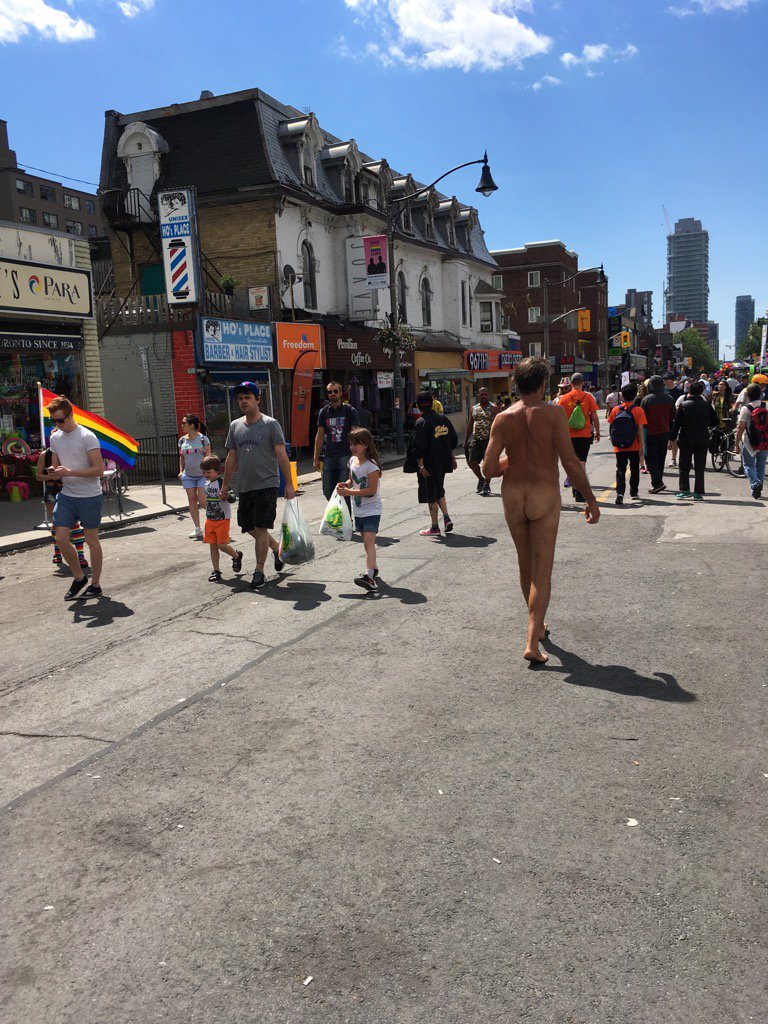 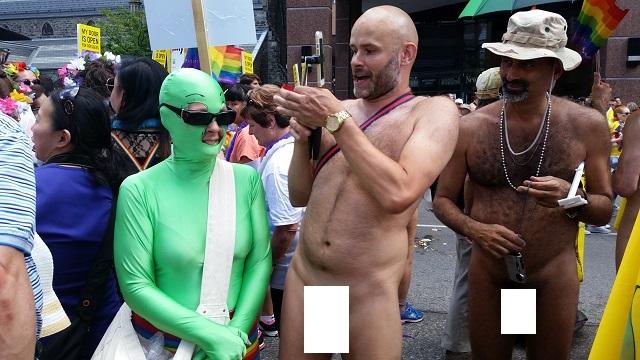 Nudity at the parade is common. 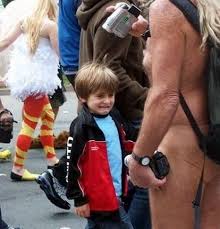 A young boy walking by a Pride parade with his parent, reacting to a fully nude man. This photo was taken at ANOTHER pride parade. Not the one in Toronto. 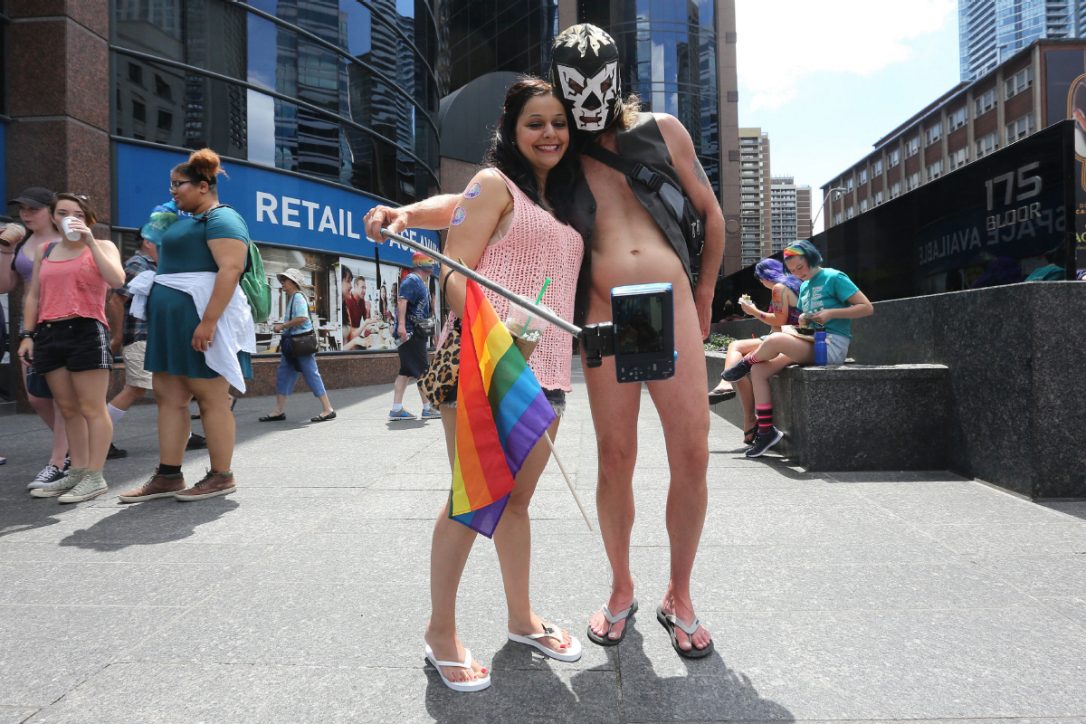